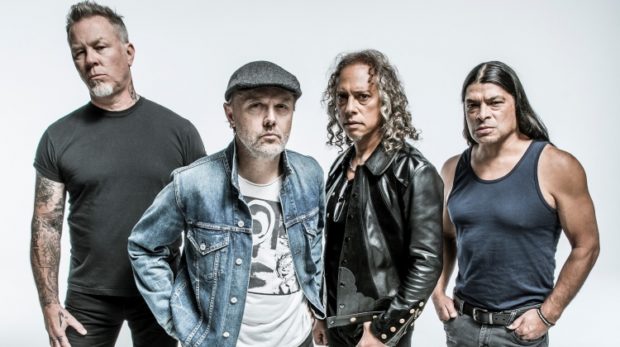 It is beyond amazing that Metallica is still performing, touring the world, and releasing records in both physical and digital formats. In many ways, they are one of the very last of their kind and certainly one of the proper links to a bygone era in music.

Metallica is a brand. The band name that is “Metallica” should be included in the dictionary as a proper term for a band that has survived the decades, movements, and changes in the music industry that could be a challenge for many, but they overcame all of them.

I will always revere this legendary band because, without them, I do not think my generation and older would have been exposed to the metal genre and other bands in their category. That is how influential Metallica is to me and countless others of my time.

Lately, I have rediscovered a somewhat obscure song from Metallica entitled “Until It Sleeps” from their “Load” album in 1996. I can’t count the times I have been listening to the song and watching its music video throughout the day because it is that awesome. And, which leads me to wonder and think if one single piece from Metallica can have that kind of positive effect on me, then, what more when you consider the many albums they have released that contained songs that have connected or, in my case, helped rekindle my appreciation for Metallica. I am sure millions worldwide would stand by me in my beliefs. Proof of that, while writing this latest article of mine which is a 3-in-1, I feel in my spirit that I am in my 20s again.

Indeed, a band’s longevity can be rooted in how the band has affected a person; sometimes, we tend to forget that bands like Metallica do not have to do this anymore. They are financially sound for life, but I believe they are still doing this for the reason that stands above everything else. When I say “this,” I am referring to being an active band because they know and are well aware that so many of their fans need them, and to be frank, the music industry still needs them for several reasons. So, my message to every Metallica fan like me is to enjoy the band’s music, respect their legacy, and accept that there will only be one Metallica ever.

Metallica will last forever after the band’s active status has stopped because fans like us will continue to listen, rediscover, and have their memories rekindled with each song or album that has that emotional or sentimental connection to it because of what the song’s lyrics would mean to us. Proving you can be the hardest and heaviest of bands, but the message remains the same: appreciation from the fans will keep the band going. Now, that is longevity. 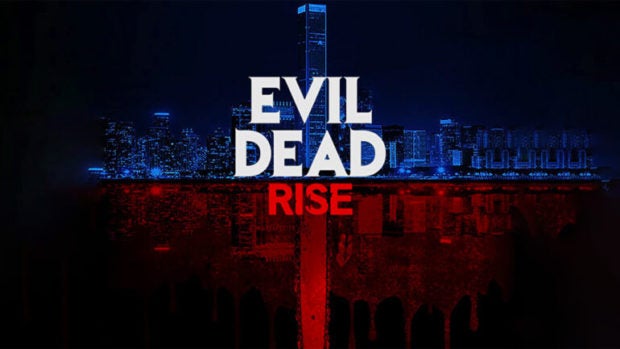 I saw the official trailer for “Evil Dead Rise,” and it scared the sh*t out of me. I’m sorry for the language. That word is necessary to relay an emotion realistically, or in this case, a reaction to a moment in the official trailer. Now, to all “Evil Dead” fans, there will be no “Ash” as an actor in the movie. Still, he does serve as an executive producer, so that is enough of “Ash” to give “Evil Dead Rise” a connection to its original timeline and series of movies.

Also, this is not a direct sequel to the “Evil Dead” remake, which was done years ago. Still, according to confirmed reports, this will be a soft reboot of a sequel, with the one constant item or source of terror being the Necronomicon, which is that cursed book that unleashes all the evil and deadites, not zombies in a literal sense. This time it appears the cursed book landed in the hands of a family wherein the mother is the first to be possessed.

A lot of credit goes to the original “Evil Dead” movies that came out before I was born because without the vision of Sam Raimi, who directed them, and a then young rising actor, Bruce Campbell, to portray the hero of those movies as “Ash.” There would not be much of a Horror genre now in mainstream film, to begin with. It is funny how time changes the view of some of the then critics of the franchise because what was once a pair of low-budget cult-favorite films have now become classics in cinema. And that is why it does not surprise me that there is another Evil Dead movie on the way with “Evil Dead Rise,” as a new generation wants to see more of the popular horror franchise.

On another note, visually, the official trailer packs a punch in the jump scares, and if this is an indicator of what to expect from the movie’s overall feel, then fans and newcomers alike will get the fright of their lives. No one with a weak heart or anyone below the age of 18 should watch this because it may be too much for them; however, this movie is for you if you are a fan of horror, especially the Evil Dead franchise.

Why is there MCU fatigue? 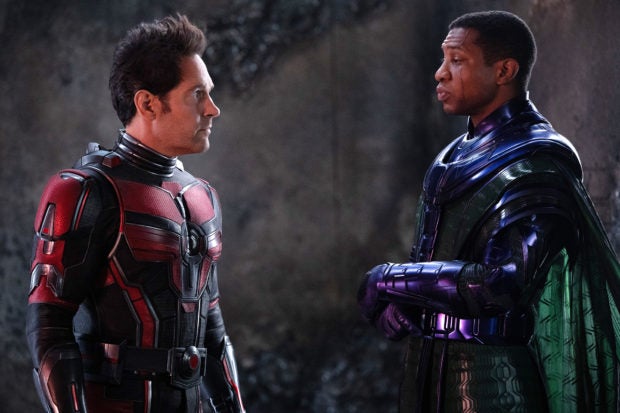 Paul Rudd as Scott Lang/Ant-Man and Jonathan Majors as Kang the Conqueror in Marvel Studios’ ANT-MAN AND THE WASP: QUANTUMANIA. Photo by Jay Maidment / Marvel Studios

When is too much? Well, when one feels overwhelmed with so many shows and movies to watch and watch out for, knowing that they are all connected in some way or another, you have a lot to catch up to do if you miss a few of them. In the case of the MCU, with Phase 4 being so full of shows and movies scheduled to come out in the next few years, the eventuality of experiencing “fatigue,” and there is a word for that in Filipino, will happen.

Now, does that mean I will not watch the shows and movies of the MCU anymore? Nope! It simply means I need a respite or break in between; it also takes time to process everything, connect the dots, understand the plotlines and storylines, and see how each show or movie will have lasting effects moving forward in the MCU.

A significant factor in why many are experiencing fatigue with the MCU is that when it comes to the teaser trailers and official trailers, people are trying too hard to break down everything they see, trying to figure out early on what the movie will be all about, and overanalyzing every single thing to the point it has become ridiculous. I mean, are you guys detectives or fans? I am a trained observer, an excellent analyst, and a genius-level writer, but I do not feel or see the need to do those things constantly (“Detective Work”) because it would make things miserable. Yeah, yeah, I know; to each his own. I find it saddening when some people cannot even say a single good thing about a movie trailer for a movie that costs a few hundred million dollars to be made. I only wish you guys to enjoy the MCU for what it is, entertainment.

After all, there is no question that the MCU is the most significant thing in Hollywood in terms of the box office numbers the movie studio brings in. That is a fact. Now, even with some people getting tired of the MCU, there are still many left who will watch and support them for years to come because, after all, who does not want to see their favorite Marvel Comic Book character come to life on the big screen, especially if you started first as a Marvel Comic Book collector and reader many years even before there was a term called the MCU? I know what I am talking about, unlike others who suddenly joined the “bandwagon” when it has anything to do with the MCU.

If you are a true fan of the MCU, you would not have to do those things to the extreme and then complain if you couldn’t figure everything out or understand what you saw because you never got to read the source material, which is the original comic books. It should not be that way if this were a perfectly normal world, but times certainly have changed, so some people have lost the ability to enjoy what they see and not take things too seriously.

Let us take the latest official trailer for the new Antman and the Wasp movie as an example. People are either happy or upset about it, or somewhere in the middle, regarding their feelings towards it. This is perfectly fine and expected, but then there is a sizable chunk of the demographic who love to find every “fault” and wrong possible. The question that everyone should be asking themselves is this: “How in the world can a trailer for a movie of any kind it comes in be wrong in any way?”. No such thing because it is a trailer, and you are not supposed to figure everything out in a minute or a minute in a half when an average movie runtime is about two hours, to begin with.

I will take it for what it is when it pertains to the newest official trailer for the new Ant-man and the Wasp movie (Ant-Man and the Wasp: Quantumania). And appreciate everything besides finally seeing the live representation of one of the most popular Marvel Comics supervillains, M.O.D.O.K.

For decades since the 90s, M.O.D.O.K was a favorite Marvel comic book character because he was so bizarre, and a common enemy to The Fantastic Four and Iron Man in the comics. He was also visible in The Fantastic Four and Iron Man cartoons because his comic book design was perfect for its cartoonish style, which translated well into animation for children to teens. Yet, despite his very comical appearance, he was a legitimate threat to many other superheroes for his intelligence and not so much for what he could do physically.

You got to admit seeing the floating murderous genius of a giant evil head with his small limbs finally was as strange, weird, and silly looking as it was in the Marvel Comic Books. And, as a true Marvel fan, that is what you want to see because it is comic-book-accurate.