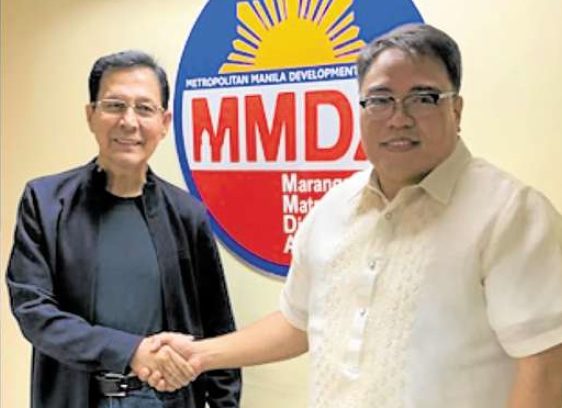 MANILA, Philippines — The organizers of the annual Metro Manila Film Festival (MMFF) have declared that a “summer edition,” which will be held for 10 days in April, will give “more opportunities for local producers to screen their films without having to compete for audience reception against foreign films.”

The 2022 edition has reached its target gross sales amounting to P501 million. “This is a good indication that people are now ready to go back to watching in cinemas,” said Metropolitan Manila Development Authority (MMDA) chairperson Romando “Don” Artes during a press conference on Monday afternoon.

The MMDA is the organizer of the annual film festival.

“We all know that the MMFF’s two-week run is the best time for local movies to be shown and patronized by Filipinos. It’s always a problem when local films get screened alongside foreign productions because ticket sales get affected. This is an opportunity for Filipino films to be screened exclusively in cinemas nationwide for 10 days,” added Artes.

The Summer MMFF will begin on April 8, Black Saturday. Film and TV director Laurice Guillen, who is also this year’s jury head, pointed out that this is the perfect time to do a supplementary edition.

“We were supposed to start the summer edition in 2020, but we were gravely affected by the COVID-19 pandemic. We like going to the theaters now, as proven by the success of the recent festival,” she pointed out. “We really take a break during the Holy Week. People are on vacation and students have no classes. For 10 days, local films do not have to compete with international productions; it’s really expected to jumpstart the industry. We need activities like this to bring the industry back to life.”

Representatives of the Cinema Exhibitors Association of the Philippines (CEAP) are in full support of the activity, according to Artes. “They are actually excited about this. In fact, you will see their group’s logo in the publicity materials because they are co-producing this festival. They also agreed that Sabado de Gloria is a good time to start the festival, especially because the cinemas will be closed on Holy Thursday and Good Friday. Normally, only international films get shown at this time. They said they are willing to give this time exclusively to Filipino movies.”

Local producers are expected to be more interested in submitting entries at this time, said actress Boots Anson-Roa Rodrigo, who is also head of this year’s selection committee.

“We celebrate the birth of Christ during the December MMFF, while for the Summer MMFF, we have Easter Sunday, Christ’s resurrection. I hope this will eventually become a Filipino tradition, as well,” said Rodrigo.

When asked whether the summer entries would be “more upbeat” and would “target the youth,” as compared to the December edition, which leans more to films with family-oriented themes, Rodrigo said: “It will all depend on what the producers will submit to us, but we will definitely consider that.”

Artes said earnings from the summer edition will benefit the same agencies as the December version. Half of the proceeds from ticket sales will be given to the Movie Workers Welfare Foundation Inc. (Mowelfund), while the rest will go to the Film Academy of the Philippines, Motion Picture Anti-Piracy Council, Optical Media Board and Film Development Council of the Philippines.

“It’s a fact that the money given to our beneficiaries comes from the waived amusement tax during the festival run. The summer edition is not yet included in the Executive Order that requires LGUs to waive amusement taxes, but we will be making representations to the Metro Manila Council to make this possible,” declared Artes.

He also said that viewers should also expect participation from more cinema owners all over the country. “From only over 600 cinemas, the CEAP has committed 1,000 theaters for this. They said many cinemas failed to operate in December because most of the projectors experienced technical problems and were not repaired in time,” said the MMDA chief. “Imagine if these cinemas, mostly in the provinces, were able to operate, then we would have gotten more than our target gross sales.”