In a more accepting US, showbiz gays come out 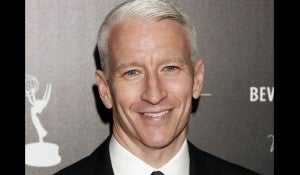 WASHINGTON–Suddenly, it seems, more US entertainers are coming out publicly as gay, lesbian or bisexual — a welcome sign of a more accepting America, activists say, amid a fierce debate over marriage equality.

Hip-hop artist Frank Ocean, 24, a member of the Odd Future collective, and talk-show host and CNN anchor Anderson Cooper both made headlines this week when they openly acknowledged their sexual orientations.

“4 summers ago, I met somebody. I was 19. He was too,” wrote Ocean in a stream-of-consciousness entry on his Tumblr blog, ahead of the July 17 release of his new album “Channel Orange” and a national concert tour.

“We spent that summer, and the summer after, together. Everyday almost. And on the days we were together, time would glide…. I don’t have any secrets I need to keep anymore…. I feel like a free man.”

Cooper, one of the nation’s best known TV journalists, who also hosts a syndicated talk show, confirmed his sexuality in an email exchange with fellow newsman Andrew Sullivan, who is also gay.

“The fact is, I’m gay, always have been, always will be, and I couldn’t be any more happy, comfortable with myself, and proud,” wrote Cooper, the son of railway heiress and socialite Gloria Vanderbilt.

But they were hardly the first ones to come out in public.

Last month it was Jim Parsons, who plays the socially awkward Sheldon Cooper on the hit nerd sitcom “The Big Bang Theory,” and before that it was Zachary Quinto from “American Horror Story” and Matt Bomer from “White Collar.”

Preceding them were Latino superstar Ricky Martin, Jane Lynch from “Glee,” who is raising two daughters with her female spouse, and “American Idol” winner Adam Lambert, the first openly gay singer with a number-one Billboard hit.

Not to mention Jesse Tyler Ferguson from “Modern Family,” Sean Maher from “Firefly,” a father of two with his male partner, bisexual Amber Heard from the short-lived “The Playboy Club,” Cynthia Nixon from “Sex and the City,” who married her girlfriend in May, and Jonathan Knight from boy band New Kids on the Block.

“It’s not only a trend in the entertainment industry, but in American culture today,” said Rich Ferraro of the Gay and Lesbian Alliance Against Defamation (GLAAD), which monitors the images of gays in popular culture.

“I think it reflects how people are becoming more accepting of gay and lesbian people overall… It’s clear today that you can be ‘out’ in Hollywood and not hurt your career. There’s not a scandal anymore.”

No major-league athlete has come out as gay, and country singer Chely Wright says her record sales have fallen and her show has been banned from some venues since she became the first woman in the genre to come forward as a lesbian.

It is a sharp contrast from 15 years ago, when the coming-out of actress and talk-show host Ellen DeGeneres — married since 2008 to Australian-born thespian Portia de Rossi — prompted a tabloid frenzy.

Major organizations such as the National Association for the Advancement of Colored People (NAACP), the League of United Latin American Citizens and the National Council of La Raza back the legalization of same-sex marriages.

Such unions are now legal in six states and the District of Columbia, but not recognized at the federal level, and referendums are set to be held in November in Maine, Maryland and Washington.

“It’s an interesting time because a lot of things have happened in a short period of time. We’re at a tipping point in many ways,” Darlene Nipper, deputy executive director of the National Gay and Lesbian Task Force, told AFP.

She cautioned, however, that much remains to be done, and not just on the marriage equality front: In a majority of US states today, workers have no legal protection against discrimination on the basis of sexual orientation.

“The reality is, for many people who have taken that risk (to come out) or remain afraid to take that risk, there are implications that we cannot ignore,” Nipper added.

“If there was a federal non-discrimination policy, you would see a further step towards people feeling (the same) level of comfort that some now feel in showing who they are.”