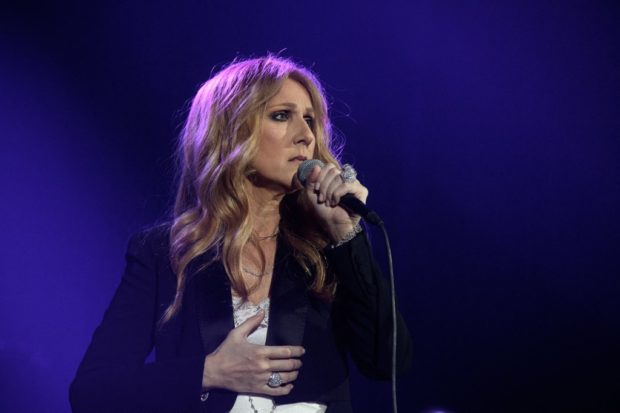 (FILES) In this file photo taken on June 24, 2016 Canada’s singer Celine Dion performs on stage at AccorHotels Arena concert hall in Paris. – Celine Dion revealed on her Instagram account on December 8, 2022 that she is suffering from a “very rare neurological disorder”, which has forced her to postpone concerts on her “Courage World Tour” in Europe once again. (Photo by PHILIPPE LOPEZ / AFP)

PARIS — Celine Dion cancelled and postponed a series of European shows on Thursday over problems related to a “very rare neurological disorder” that is affecting her singing.

In a five-minute video posted on Instagram in French and English, a clearly emotional Dion said she had been suffering from health problems “for a long time”.

“Recently I have been diagnosed with a very rare neurological disorder called ‘stiff person syndrome’ which affects something like one in a million people,” the Canadian diva said.

It has been causing spasms that “affect every aspect of my daily life, sometimes causing difficulties when I walk and not allowing me to use my vocal chords to sing the way I’m used to,” she said.

“It hurts me to tell you today this means I won’t be ready to restart my tour in Europe in February.”

She said she was supported by her children and a team of doctors every day to improve her condition, “but I have to admit I struggle”.

“All I know is singing, it’s what I’ve done all my life and it’s what I love to do the most,” she added.

The singer had mentioned the spasms when she postponed the European tour earlier this year.

“I miss seeing all of you, being on the stage, performing for you,” she said, breaking into tears.

Her spring dates in Europe, which were due to begin in Czech Republic in February, have been postponed to 2024, while eight of her summer shows have been cancelled entirely.

The “Courage World Tour” began in 2019, and Dion had completed 52 shows before the COVID-19 pandemic put the remainder on hold.

She later cancelled the North American section of the tour due to her health problems.

Céline Dion stars as herself in rom-com due in 2023