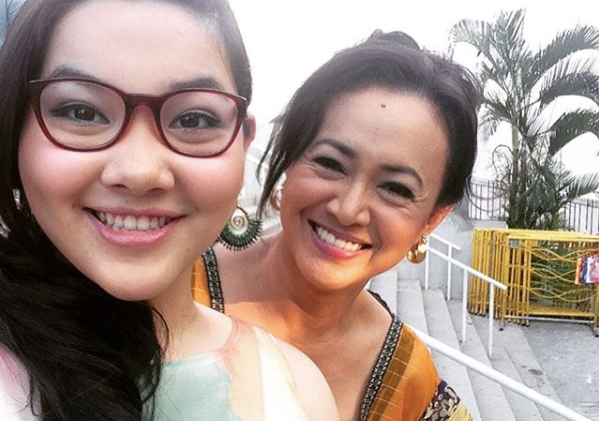 Shamaine Buencamino fondly reminisced on how she and husband, actor Nonie Buencamino welcomed their late daughter Julia into the world, on what would have been her 23rd birthday.

The actress narrated her birthing story while showing an old photo of Julia, who suffered from depression, through Shamaine’s Instagram page on Monday, Dec. 5.

“Twenty-three years ago today, I gave birth to this girl. My fourth child who decided to come out during a Christmas gathering, which was a good thing because we were in Manila then (we were living in LB),” she stated.

“So we left our [three] other children with the host relative while Nonie brought me to the hospital. And all the while, I kept on insisting that I wasn’t in labor yet because the intervals were not regular!” she continued. “Thank God, [Nonie] didn’t listen to me.”

Shamaine and her family celebrated the occasion by enjoying “a big pan of lasagna,” one of Julia’s favorite dishes.

“Yes, time heals. Today, I don’t think of her birthday with sadness but with joy and thanksgiving,” she said.

“Happy birthday, Julia,” she added. “Rest in peace anak (child). We love you and miss you always.”

Shamaine also asked fans to include her daughter in their prayers.

Julia was found dead inside their home in Quezon City back in July 2015. She was 15 years old.

A year after Julia’s death, Shamaine and Nonie set up a mental health awareness campaign which they called “The Julia Buencamino Project.” EDV