Transformers: Rise of the Beasts, is going to be a great movie for you if you are a Transformers fan | Inquirer Entertainment

Transformers: Rise of the Beasts, is going to be a great movie for you if you are a Transformers fan 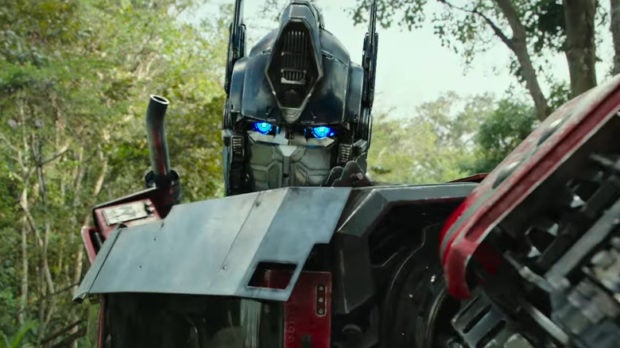 Transformers: Rise of the Beasts occurs in the mid-1990s, as reported and confirmed, roughly over ten years after the events of the Bumblebee movie because there is no actual war between the Autobots and Decepticons on Earth as shown in the Generation 1 cartoons.

This is disappointing for me because I and millions of other fans worldwide were hoping to see Optimus Prime and the rest of the Autobots arrive on Earth or emerge from hiding to battle the Decepticons we saw in Bumblebee in the scene where they were in Cybertron. Where is Megatron? We got to see Starscream, Shockwave, Soundwave, Ravage, and Blitzwing, but there was no epic battle on earth, which was a drag because that period in the Transformers cartoons, which is dubbed “G1” because it is, has been bypassed or possibly it happened, but we never got to see it happen.

There were rumors a few years ago that the sequel to Bumblebee would be the time that we see more of the entire group of Autobots and Decepticons face off on earth, but I do not base my writing on rumors but on facts alone, plus my own vast knowledge and information gained over the decades.

So, we have a soft-reboot prequel to the Transformers that is not directed by Michael Bay for the second time. Since Bumblebee, what we have watched is the most authentic cartoon-to-movie translation of Transformers based on the origin, character designs, and timeline of the G1 cartoons.

After the final scenes of Bumblebee, when we saw Optimus Prime arrive in his G1 mode, that should have set off a chain of events and started the ball rolling for the next movie to finally showcase what we all have been hoping for, the big screen translation of the Transformers cartoons from the 1980s, but a decade in the timeline has jumped, and we are now going to see Beast Wars characters such as Optimus Primal, Cheetor, Rhinox, Air Razor, and others.

Which, at first, made little sense because they are two almost entirely different story arcs that do not even take place in the same timeline as the Autobots in the Generation 1 cartoons because, for those who are familiar with Beast Wars, the Maximals are the descendants of the Autobots, which means they are from the future. And, based on the official teaser trailer, I know there is a line in there that Optimus Primal tells Optimus Prime that references that and could explain why his group of Maximals is on Earth.

The CGI here is superb; it is the best I have seen for a Transformers movie. It is so clean, crisp, and, most of all, realistic. I believe that is one of the main reasons we all end up watching the Transformers movies, regardless of how bad a few of them have become based on the storylines and how some of them disregard the original source material, which are the G1 cartoons.

One of the redeeming factors has always been the CGI because that is what we moviegoers want to see, even though it takes a long time to put together because to create the Autobots and Decepticons from scratch using a program on a computer meant for the production of CGI takes an excruciatingly long time and millions of dollars. That is why the budget for the Transformers movies has been so significant because having them appear and look as realistic as they have is, to put it mildly, expensive for the studio behind the movies.

I certainly would not have imagined that they could incorporate the Maximals from “Beast Wars” fame into the sequel to Bumblebee because, in the back of my mind, I did believe it deserved a solo film, but given that “Beast Wars” debuted on television in the late 1990s, that is an entirely different generation that would have been exposed to the Transformers lore, but when you combine those two respective audiences, fans, and supporters of both popular series, then that would only further benefit the outcome of Transformers: Rise of the Beasts in its box office opening and what would be its final tally in how well it would have performed compared to its predecessor.

Indeed, better late than never, and at least the original voice actor (Peter Cullen) of Optimus Prime in the G1 cartoons and the previous movies is still the one going to be the voice of the legendary Autobot commander, Optimus Prime. We are happy for that because that has been the one constant connection to our childhood, youth, and now adulthood when it comes to what we can always clearly identify as Transformers, no matter if it is in the movies, on television, or in any other intellectual property under the Transformers brand.

I understand why there are people who do not want another Transformers movie to be directed by Michael Bay because he has certain tropes and a directorial style that has become overwhelming, and one reason behind that is that he has directed and co-produced five of them already, and I think it only becomes natural that people want to see others in the director’s seat and see if the outcome will be better.

We certainly got to know the answer, and the answer is a resounding yes—that it was time for someone to be given a chance to direct a Transformers movie, which happened with Bumblebee a few years ago.

Now, with its proper sequel set over 10 years later in that timeline, we have “Transformers: Rise of the Beasts,” which has expanded the number of Autobots with Mirage, Arcee, and possibly Iron Hide or Ratchet in the official teaser trailer.

Overall, everything points towards Transformers: Rise of the Beasts being the best entry to the Transformers movie franchise of Paramount Pictures to have come out in some time. The storyline is refreshing enough; the CGI is the best it has ever been, and the set of new onscreen characters here is impressive.

I can’t believe that the first Transformer movie came out in 2007, and now it is already 2022, and the Transformers are still around in movies.

It is an excellent time to be alive for any Transformers fan. I think the movie franchise is in good hands already.

Be sure to be on the lookout for Transformers: Rise of the Beasts when it hits cinemas wherever you are in the world.