Maine and Arjo want to have kids right away, says mom Sylvia 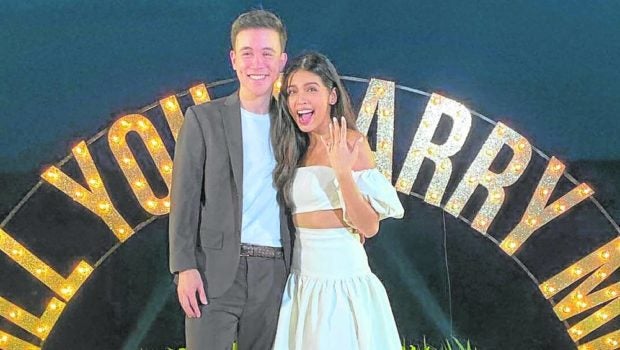 Actress Sylvia Sanchez said she may not know much about the wedding that her son, Arjo Atayde, is planning with fiancee, Maine Mendoza, but there’s one thing she is most certain: That the couple intends to have a child right away.

“They said they want to become parents while they’re still young so they can watch over their child better. Arjo wants his relationship with his child to be like the one he has with his own parents, parang barkada,” Sylvia told Inquirer Entertainment over dinner recently.

“I think Maine has a similar barkada bond with her parents. She also recently told me, ‘Tita, at this time, magkakaapo ka na.’ She gave me a specific period, but I don’t want to reveal it yet. I am so excited. I’m at a point in my life when I already feel content just staying at home and taking care of my grandkids,” said the 51-year-old actress.

When it came to discussing the preparations that the couple has been making, Sylvia said: “Arjo said they are still looking for a venue for the wedding. They are thinking of doing this next year, but we really can’t say for sure. They could still change their minds and do it in 2024. I don’t want to pester Arjo when it comes to this aspect of his life. At 32, he is already mature enough to handle this,” said Sylvia. (Maine is 27.)

“What I kept telling them was that I’m already in my 50s and I want grandkids from them. If they’re busy taping, they can always leave their child to me. This will be my first apo, unlike Maine’s parents who already have several grandkids. I will just inform them where to find us, be it in Manila, Batangas, or anywhere,” she said, laughing. 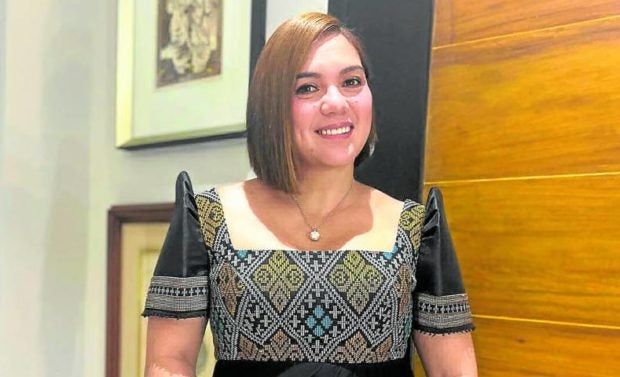 Sylvia also said she is slowly coming to terms with the fact that Arjo will be leaving their home soon to start on his own. “When I learned that he will propose to Maine, I said I have to be OK with the idea that he will eventually leave us physically. I can’t meddle with his life anymore the way I do while he is still in my home. I don’t cry easily about stuff like this, but I’m sure there will be tears of joy on their wedding day. It’s really difficult to let go of a child,” she pointed out.

Asked to describe the kind of grandma she will be, Sylvia said: “I will just leave the disciplining to the parents. I intend to spoil my grandkid. Seriously, I will try my best to help them raise a good child. I just don’t want to give advice unless they ask for it,” she said. “I just keep reminding Arjo to make sure that he is already financially stable before he starts… his own family. I always try to make him understand that this will be a different stage in his life, a difficult one, so he has to be prepared. He also has to make sure that he is able to provide for and take care of Maine.” INQ