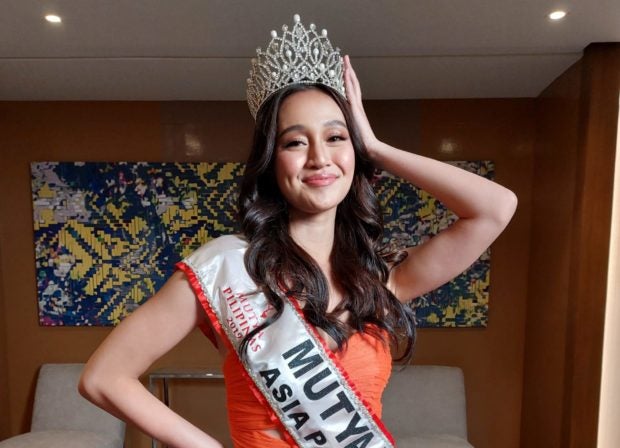 MANILA, Philippines—Davao City lass Klyza Castro received the Mutya ng Pilipinas crown in 2019. Three years on, she still holds it. And now that the time has finally come to relinquish her title, she says she feels a “sense of relief” that she will get to pass it to a new winner, who she hopes will be just like her.

“I remember Mutya’s branding of trying to find hometown girls. I want to retain that. I want to find someone who really knows the culture of where they came from, at the same time the values and the core principles of the province or the hometown that they represent, transcending the beauty that we have,” she told the Inquirer at the sidelines of the press presentation of candidates at Citadines Bay City Manila in Pasay City on Nov. 23.

During the pageant’s two-year “pandemic pause” that extended her reign, Castro finished her studies and went on to pursue a career in modeling and hosting. “There’s just so much gratitude for Ma’am Cory (Quirino, Mutya ng Pilipinas president) and Sir Fred (Yuson, Mutya ng Pilipinas chairman) and the Mutya organization for seeing my potential and taking care of me all these years,” she said.

Castro also hinted at a possible return to the pageant stage after she relinquishes her title. “Now I’m Manila-based, so I guess you’ll see me again soon,” she shared.

But before people get to see her in another pageant, Castro will host the 2022 Mutya ng Pilipinas coronation night with reporter Gretchen Fulido and actor Marco Gumabao.

Forty ladies from all over the country and overseas Filipino communities will take part in the competition that will be staged at the FilOil EcoOil Center in San Juan City on Dec. 4.