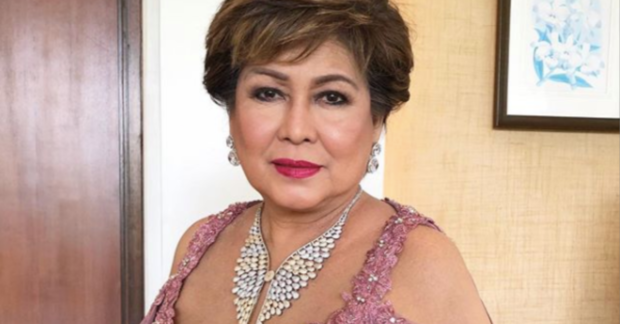 MANILA, Philippines — Cyber libel raps filed by a former aide of ex-senator Manny Pacquiao against celebrity and talent manager Annabelle Rama has been ordered withdrawn by the Department of Justice (DOJ), after no probable cause was established.

According to the DOJ’s order dated November 21, there is no probable cause in the cyber libel raps filed by Office of the City Prosecutor in Las Piñas City, based on complaints from  film producer Jayke Joson — as there was no admission from Rama that she was the author of the post.

Joson pointed to a post from social media application Instagram about Rama supposedly accusing him of stealing money from Pacquiao. However, the DOJ said Joson failed to prove that it was Rama behind the post.

“At the outset, we observe that respondent-appellant never admitted that she was the author of the alleged defamatory statements, claiming in fact that she does not even have the skill of sending text messages. In fact, complainant-appellee even failed to establish with sufficient evidence that respondent-appellant was the author of libelous materials and that the Instagram account is registered under her name,” DOJ said.

“Even assuming arguendo that respondent-appellant is the author of the post made on her Instagram account, after a careful analysis of the records of the case, we find that there is no sufficient evidence to establish probable cause against respondent-appellant,” it added.

The DOJ explained that the key elements of libel under Article 353 of the Revised Penal Code requires that the accused explicitly name the person behind the defamatory message or post. But in the post pinned by Joson to Rama being the author, there was no mention of the former’s name.

“In this case, it is apparent that there was no single mention on the records of the full name of the complainant-appellee. We cannot simply assume or infer the identity of the person maligned is complainant-appellee whom he has not been properly and fully identified in the said post,” DOJ noted.

“Second, complainant-appellee failed to assert which particular statements in the online posts were defamatory in nature,” it added.

It could be remembered that the National Bureau of Investigation, an attached agency of the DOJ, filed the cyber libel raps in relation to Republic Act No. 10175 or the Cybercrime Prevention Act of 2012 against Rama.

Rama however found an ally in Pacquiao himself, who called Joson a liar.