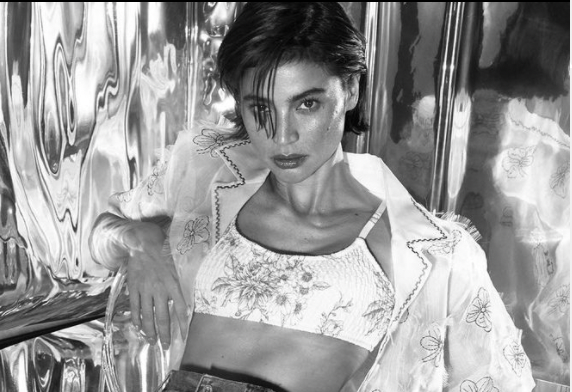 Anne Curtis could not seem to contain her joy as she was revealed as the latest and the first celebrity cover girl of a fashion magazine, a milestone she described as a “dream come true.”

The actress and “It’s Showtime” host gushed as she shared Vogue Philippines‘ latest issue announcement along with the December-January magazine cover, through her Twitter page on Thursday, Dec. 1.

“Still can’t believe this is real. A dream come true,” she said, thanking the publication.

Curtis, who was hailed as “the Philippines’ most influential personality,” also expressed excitement as she spoke about how the thought of getting a copy of the magazine makes her emotional.

In one of her several looks, Curtis stunned in an embroidered barong paired with denim trousers, as seen on photographer Mark Nicdao’s Instagram page, also on Thursday. Curtis also donned modern Filipiniana ensembles by Filipino designers including Joey Samson and Bon Hansen.

The fashion magazine’s local edition was launched last August, with Filipino-American model Chloe Magno as its first cover girl. Other personalities who were subsequently featured on its cover were Filipino-Chinese model Ica Dy and Filipino tennis player Alex Eala.  /ra