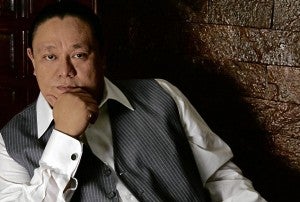 ARTHUR Manuntag will be the front act for the Glenn Miller Orchestra concert on July 2 at the PICC.

You can put Filipino singer Arthur Manuntag in just about any venue—a small jazz joint, a hotel lounge or the Smart Araneta Coliseum—and he’s sure to charm the audience.

The Philippine Daily Inquirer has seen this happen many times. Thus, he’s a wise choice for a front act for the Glenn Miller Orchestra concert on July 2 at the Plenary Hall of the Philippine International Convention Center (PICC) in Pasay City.

In this e-mail chat, Manuntag discusses his affinity with swing and big band music, to which he was introduced by his dad, Salvador, a tailor.

When did you first hear swing music, and what did you like about it?

When I was a kid, my dad used to bring me to a nearby carinderia for merienda. He would insert some coins into the jukebox for Frank Sinatra hits like “I’ve Got You Under My Skin” and “You Make Me Feel So Young.” ’Pag gusto niya ng ballads, Diomedes Maturan. One thing I like about swing is the rhythm, para kang idinuduyan … mapapasayaw ka.

What are your favorite Glenn Miller songs and why? 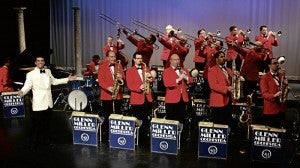 “In the Mood” and “Moonlight Serenade.” I don’t know why I like these songs. Maybe because of the mood and melody. Sarap pakinggan.

Is there a connection between your appreciation of swing and how jazz became a big part of your repertoire as a singer?

Definitely! Since I liked swing/jazz, I was challenged to sing in that style. It’s not hard for people to appreciate it, although the composers seemed to have worked hard on crafting the melodies and lyrics. The songs have a classy appeal.

How do you think young people can relate to it?

That’s difficult. You know that today’s kids are influenced by different types of music. But I think there are still young people who may be called hopeless romantics because they have heard their parents’ [preferences], including classic movie theme songs. 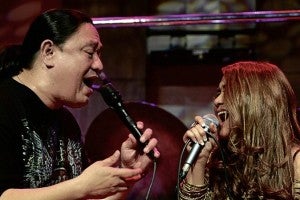 The way I see it, these kids will get tired of listening to house and rock when they reach their 30s—which is good for me, dadami ang audience ko, hahaha!

What can the audience expect from you at the Glenn Miller concert?

As the opening act I will serenade the audience, kung baga eh, mag-holding hands muna sila while listening to standard songs, bago sila mag-party with the Glenn Miller Orchestra.

Manuntag will again be the front act for the Glenn Miller Orchestra’s concert on July 3 at the Waterfront Cebu City Hotel and Casino.

The 17-piece orchestra was originally formed in 1938 by Miller, the American trombonist, arranger, composer and bandleader renowned worldwide for the hit songs “Moonlight Serenade,” “In the Mood,” “Tuxedo Junction,” “Chattanooga Choo Choo” and “(I’ve Got a Gal In) Kalamazoo,” among others.

After Miller’s disappearance (and presumed death) aboard a plane bound for France in 1944, the band was reconstituted under the direction of Tex Beneke.

The orchestra continued to record and perform under various leaders starting in 1956 and is still touring today.

Performing with the orchestra as vocalists are the Swing Kittens as the reincarnation of the celebrated Andrews Sisters.