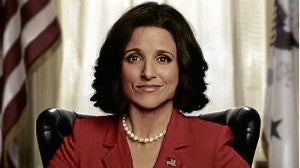 JULIA Louis-Dreyfus stars as a female vice president in “Veep.”

“It’ funny, I don’t think there has been a satire on the actual presidential and vice presidential system,” said Armando Iannucci, creator and executive producer of the new HBO comedy “Veep.”

“I think in America at the moment, there is a lot of disillusion, a lot of frustration in the electorate—issues that aren’t really being discussed. I think [it’s time to expose] those weaknesses within the system,” Iannucci explained in a recent phone interview (he spoke to Inquirer from London). “It feels like it’s the right time to do that.”

The multi-awarded Brit comedy writer/producer previously worked on the acclaimed political sitcom “The Thick of It.” He said he knew at once that actress Julia Louis-Dreyfus would be perfect for “Veep’s” American Vice President Selina Meyer.

“While writing the script, we thought that we wanted to write [in] a female vice president,” Iannucci said. “After we did, we then thought, what we need is a really, really good comedy actress. I met up with Julia and she was incredible. I thought we were gonna chat for 20 minutes, but we talked for three hours, making each other laugh, making up new ideas on the spot. I didn’t know she had grown up in Washington and knew its whole background.” 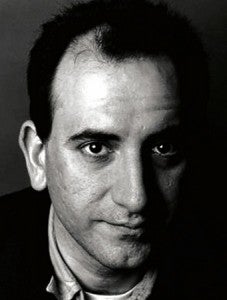 On account of her work in such sitcoms as “Seinfeld” and “The New Adventures of Old Christine,” Louis-Dreyfus understands how this kind of character works, said Iannucci. “She knows what it’s like to be someone who, as soon as she comes into the room, knows what people are talking about. And they are looking at her, and so she’s got to stay smiling. So she knows what someone like Selina has to go through.”

Research for the show required Iannucci to spend three weeks in Washington. He had “great access,” he said, as he was shown around the West Wing section of the White House. He got to converse with chiefs of staff, office workers and communications staff members.

“It’s not so much what they said, it’s what they were like,” he recalled. “We made notes about the type of people they were. We realized that, for them, it’s normal to ask someone they’re meeting for the first time, ‘So, who do you know?’ Everyone is networking.”

Iannucci was approached by HBO to create “Veep,” and was given free rein on the show. “It’s happened in the past to people who have done films in the UK or Europe,” he pointed out. “Hollywood just said, ‘We love what you do; can you come and do something for us? Oh, by the way, can you do it our way, though?’ But HBO was great.”

ADVERTISEMENT
Read Next
Deadline to stop Rama bid to be solon July 9
EDITORS' PICK
Water remains our saving grace right now
The biggest lottery jackpot in the world is $158 million, and even someone from the Philippines could win it
Smart 5G goes live
COVID-19 cases in PH overshoot 122,000 mark
51% of Filipinos think it’s dangerous to publish anything critical about Duterte admin — SWS
PhilHealth mess: Whose heads will roll? Roque says he can’t wait to name names
MOST READ
Captain astonished that his ship delivered Beirut explosive
‘Vexed’: Guanzon raps Topacio over Alzheimer’s remark
Locsin to China: Don’t overinterpret
COVID-19 cases in PH overshoot 122,000 mark
Don't miss out on the latest news and information.