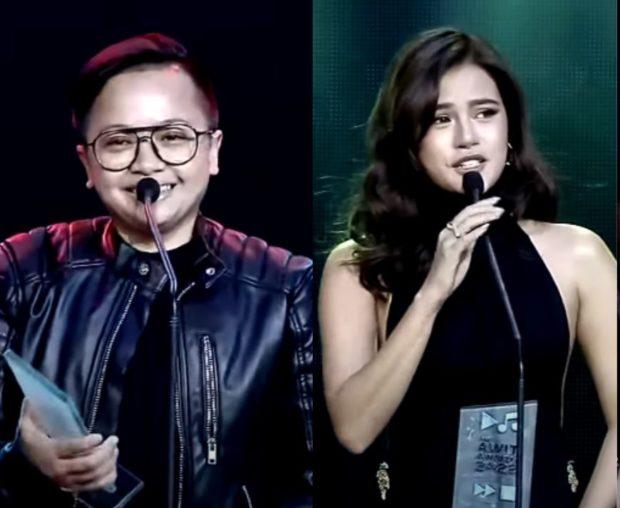 Ice Seguerra and Maris Racal during their acceptance speech at the 2022 Awit Award. Screengrab from YouTube / Myx Global

From slips of the tongue to near slips, the 2022 Awit Awards, held Wednesday night at the Newport Performing Arts Theater, was replete with behind-the-scene incidents that made the night quite interesting.

Presented by the Philippine Association of the Record Industry (PARI) and curated by MYX Global, the annual Awit Awards honors the country’s best artists and music. But more than the accolades and lengthy thank-you speeches, just as in any other awards night, this year’s festivities may yet be remembered in years to come for the mini-events that took place.

Take for instance when Ice Seguerra won the Best Traditional/Contemporary Folk Recording for “Wag Kang Aalis”, he related how the song came to be and how his partner Liza Dino egged him to pen a song during the pandemic.

After his speech as he was walking towards the backstage, presenter Sam Mangubat thanked him for his victory, but did not address him in his preferred salutation. “Thank you, Miss Ice,” came Mangubat’s short congratulatory message.

Seguerra then made a quick head turn and gave Mangubat what seemed to be a look of dismay.

Meanwhile, Maris Racal won the Best Regional Recording for “Asa Naman”. In her speech, she thanked boyfriend Rico Blanco for being an inspiraton. As she was exiting the stage, Racal nearly slipped and almost lost her grip of her glass trophy. Good thing her quick reflexes saved her from actually dropping the trophy.

First time winner Angela Ken who won the Best Inspirational Recording for “Ako Naman Muna”, couldn’t contain her joy that as soon as the announcement was made, she easily broke into tears of joy that she went up the stage already sobbing.

Of course, awards nights wouldn’t be complete without the lengthy thank-yous that awardees sometimes take the privilege of making. Such was the case with a member of the group Grin Department who delivered a long, drawn-out speech that made the audience feel quite restless. The band won Best Novelty Recording for “[email protected]”.

Maymay Entrata, another first time Awit winner for Favorite Female Artist, delivered the night’s second longest speech where she revealed that she was already going to bid her career goodbye during the pandemic until an offer to record “Amakabogera” came. 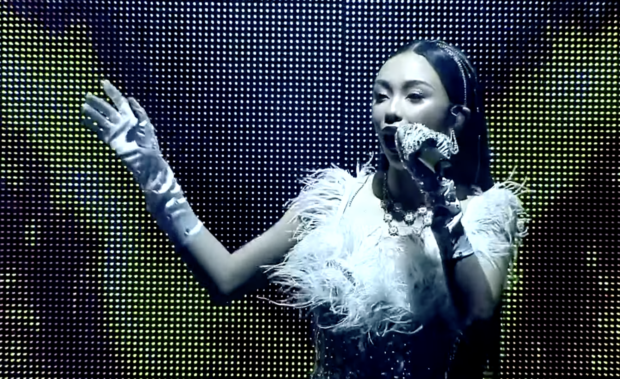 Here is the complete list of winners for the 2022 Awit Awards:

Best New Artist in a Collaboration