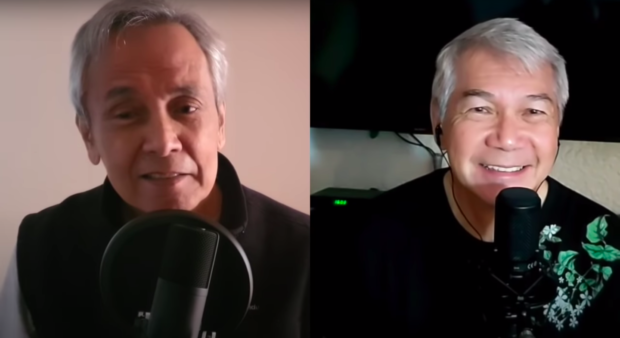 Jim Paredes and Boboy Garovillo, two of the remaining members of the Apo Hiking Society, are set to stage a comeback concert in December, just over a month following the death of singer-composer Danny Javier last October 31.

In a Facebook post, Paredes said he is “excited and nervous” about their upcoming gig, which will be held on December 8 at a live music hall in Muntinlupa.

“Excited and nervous to do this… As per venue rules, there will be no advanced ticket selling. There is only gate entrance on the day of the show. All seats are first come first serve, no reservations. Gates open at 7pm. There is food to order at the venue. Show will begin 830pm. Entrance is 1200. Maximum seating is 200 pax. No SRO,” he announced.

This would be the first public event that the remaining members of the iconic trio would do a show together following Javier’s demise due to a lingering illness.

The one-night event is expected to highlight the trio’s popular music and ballads, as well as serve as a tribute of sorts to Javier’s contribution to the development of the Original Pilipino Music.

After several years of making music and holding concerts and television shows, the group disbanded sometime in 2009, though they have individually pursued their own personal endeavors.