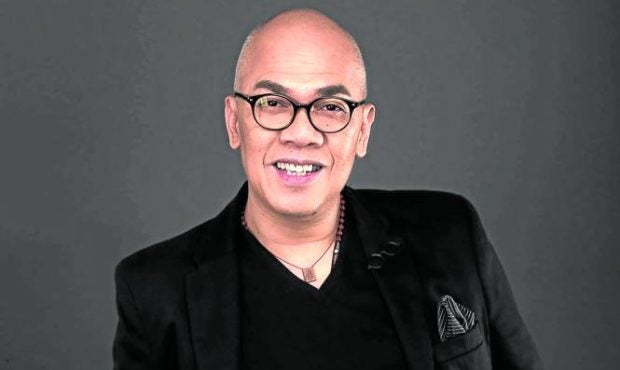 Boy Abunda neither confirmed nor denied rumors that he’s bound for GMA 7 after more than two decades in ABS-CBN. But one thing is for sure, he said: “I want to go back to television.”

“That much I can say… I can’t deny that there have been talks with different networks, people. I’m in conversation with various groups. But I haven’t signed any contract yet,” he said at his recent launch as the new celebrity ambassador of the mobile wallet app Sendwave, which allows overseas Filipino workers to send money—“fee-free”—to their loved ones in the Philippines.

“That’s for another press conference,” the television host quipped.

Boy’s hosting career began in 1994 through the late night program “Show and Tell” on GMA 7. Five years later, he transferred to rival network ABS-CBN, where he hosted the weekly show biz news program “The Buzz” and other news and talk-oriented shows.

Because of the COVID-19 pandemic and the nonrenewal of ABS-CBN’s franchise in 2020, Boy’s most recent show, “Tonight with Boy Abunda,” ceased production. What followed was a period of fear and uncertainty.

“At first, I thought, ‘Di magtatagal ’to. It will be over by the end of the year. We can do this.’ But then ABS-CBN closed—the fear doubled. And of course there was the uncertainty of life; many people close to us were dying. It was no joke… The paranoia was there. ‘What’s going to happen to me and my family?’ I thought,” he related.

With no television shows, he busied himself hosting online conferences and events. He conducted public speaking workshops, and trained beauty pageant aspirants and young GMA 7 talents. Later on, he launched his online talk show “The Interviewer” on his YouTube channel.

“God is good. I learned about digital platforms and I found myself in it by circumstance. I’m not a digital native or expert. But I’m thankful I was given a chance. I didn’t care how many followers I get. I just don’t want the opportunity to interview people taken away from me,” he said.

Two years after its launch, The Boy Abunda Talk Channel has now garnered 1.77 million subscribers on YouTube. “One good thing about the digital world is the immediate response. You get a sense of what you have just put out,” he pointed out.

Because of social media—and lucrative monetary opportunities that come with it—more and more actors and personalities are bypassing the show biz press and other traditional media when they have announcements to make and rumors to address. They now opt to do these things themselves through their personal social media pages.

But that’s inevitable, Boy said, amid the ever-changing media landscape. “It’s all part of this evolution. We’re rediscovering our roles. Some people no longer need us to break news about themselves to the public. They post something on Instagram—that’s it. But also, people are realizing that [going through traditional media] is still different,” he said.

“We’re in this search of defining who we are in the digital age. But it’s tough to define anything because everything is constantly moving. And if you don’t adapt, you will get left behind,” he added.

But Boy believes that television is here to stay and will coexist with the digital space. “This is a similar problem we had when we first saw television. We thought the radio would die, because it didn’t have visuals. But it survived and found its own niche,” he said. “I think it’s about discovering what television can do that digital can’t. And I think we can see these things coexist.”

And while he recognizes the power of digital media and plans to maintain his online show, television is where his heart remains. “I think I’m just a visitor in the digital world. I’m thankful for the space given to me. But I really miss doing television shows and how they’re created. It’s what I’m familiar with and love. I want to continue doing what I do best,” he said. INQ