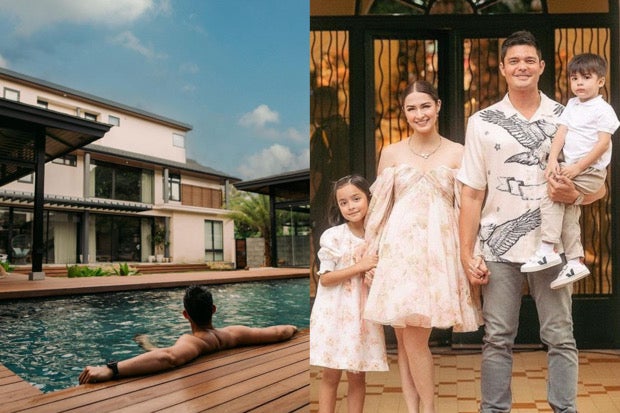 Dingdong Dantes has treated fans to more glimpses of his family’s new home, revealing it took him two decades to finally be able to build the house.

The actor showed himself taking a dip in their pool through his Facebook page on Sunday, Nov. 20. A woman whose face cannot be seen clearly was also included in the photo while she was petting a dog.

(My family’s house. It was built after a few years but [I] worked hard for it for two decades. [It will be] taken care of, filled with love, and be handed down with good memories.)

Dantes and his actress wife Marian Rivera earlier announced that they have moved into their new home with their children Zia and Ziggy.

Dantes and Rivera got married in December 2014, then welcomed Zia in November 2015. The couple announced Ziggy’s birth in April 2019. EDV