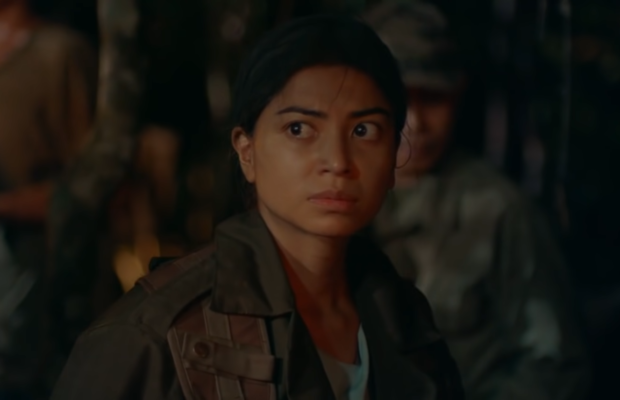 Glaiza de Castro has been hailed as the best actress in the 2022 Filipino Arts & Cinema International (FACINE) Film Festival, for her performance in the independent film “Liway.”

The actress announced this while showing messages from the film’s director, Kip Oebanda, via her Instagram page today, Nov. 17.

“So I got these messages at around 2 a.m. here in Canada saying something about ‘Liway’ getting awards. Di ko naintindihan agad (I did not understand right away) then @kipoebanda told me that I just won another award,” she told fans, while thanking FACINE.

“[Mabuhay] ang pelikulang Pilipino. On that note, sa mga hindi pa po nakanood ng ‘Liway’ (to those who have not seen ‘Liway’), you can actually watch it on Youtube for free,” De Castro added.

FACINE is a nonprofit media arts organization that aims to promote Filipino-American media arts. Its film festival, the longest-running in the United States, is held annually in San Francisco.

Winners in the festival were selected by a three-member panel consisting of film scholar, critic and author JB Capino, Indonesian film scholar and curator Gaston Soehadi, and film and theater actor-academic Sunita Mukhi.

The full list of winners for the 29th edition of FACINE Film Festival can be seen on founder and artistic director Mauro Feria Tumbocon Jr’s Facebook post yesterday, Nov. 16.

“Liway,” which is set in the waning days of the Marcos regime, tells the story of the young boy Dakip (Kenken Nuyad) who grew up in a prison where his mother, anti-Marcos dissident Commander Liway (De Castro), was detained. As conditions in the camp became more difficult, Dakip’s mother tried her best to protect her son from trauma and give him a normal life.

The film was written and directed by Kip Oebanda, based on stories from his childhood. It was released in 2018, as part of the 14th Cinemalaya Independent Film Festival.

Meanwhile, De Castro is currently in Canada to film her upcoming movie project “Kahel,” which is her newest film offering following the 2021 thriller “Midnight in a Perfect World.”  /ra