Kean Cipriano opens up on leaving Callalily, focusing on family over career 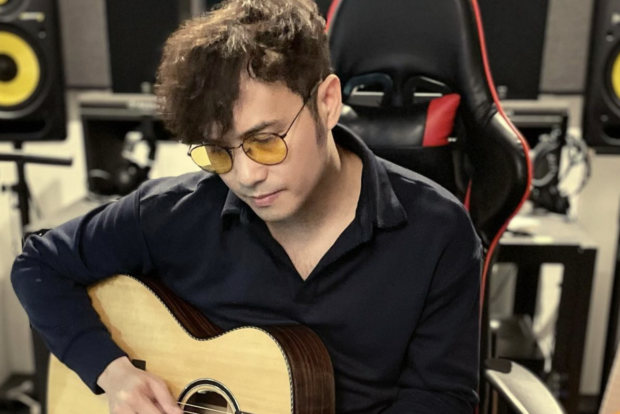 Kean Cipriano has expressed sadness in the aftermath of his leaving the rock band Callalily, as he stressed he wishes to focus more on his family over his career.

The musician opened up on his decision to leave the band during his interview with comedian Ogie Diaz, for the latter’s YouTube vlog last Tuesday, Nov. 15. Cipriano was a member of Callalily for 17 years, until he decided to leave the band last June.

For Cipriano, there are various factors that make a musician decide to leave their band and these factors may change depending on each group’s situation.

“Kapag naging parte ka ng isang banda, hindi lang naman ‘yan tutugtog kayo. Kailangan mong pakisamahan at tanggapin ang flaws ng isa’t isa…Test of character din talaga,” he said. (When you become a member of a band, you do not just play music. You need to get along and accept one another’s flaws… It really is a test of character.)

In Cipriano’s case, he felt that his time with Callalily was “done.”

(I felt my time there is done and I think I need to honor that. Because even when I was still in the band, I also did solo projects and solo albums. We have a different story. There are some things which I think instead of continuing and encountering problems later, I’d rather exit now.)

When asked by Diaz if there are no hard feelings between him and his former bandmates, Cipriano confessed that they are not in good terms.

(We are definitely not okay. It’s sad [that we are not okay] because I’m always willing to talk and discuss things, but I think the sad part is it reached the point where instead of discussing, the issue immediately reached social media.)

Given this, Cipriano does not see a Callalily reunion happening anytime soon—and he does not see this in a negative light, as he also wants to focus on his family with his wife, actress Chynna Ortaleza.

(I know that I am in a different stage and chapter of my life. I am managing a record label, talent management, then I am taking care of my family, raising kids, and I am trying to take care of myself. In the past, I would say music is number one for me…. but when I had a family, everything became secondary.)

Cipriano confirmed in June that he and the other members of Callalily were “done,” then disclosed that they were not okay. In the same month, Callalily changed its name to LILY to mark a “new beginning” for its remaining members Lem Belaro, Aaron Ricafrente, Nathan Reyes and Alden Acosta.

Cipriano has since dropped the song, “Tayuman,” his first release since leaving the group.  /ra

Kean Cipriano: Callalily is done, I’m moving on, I wish them all the best