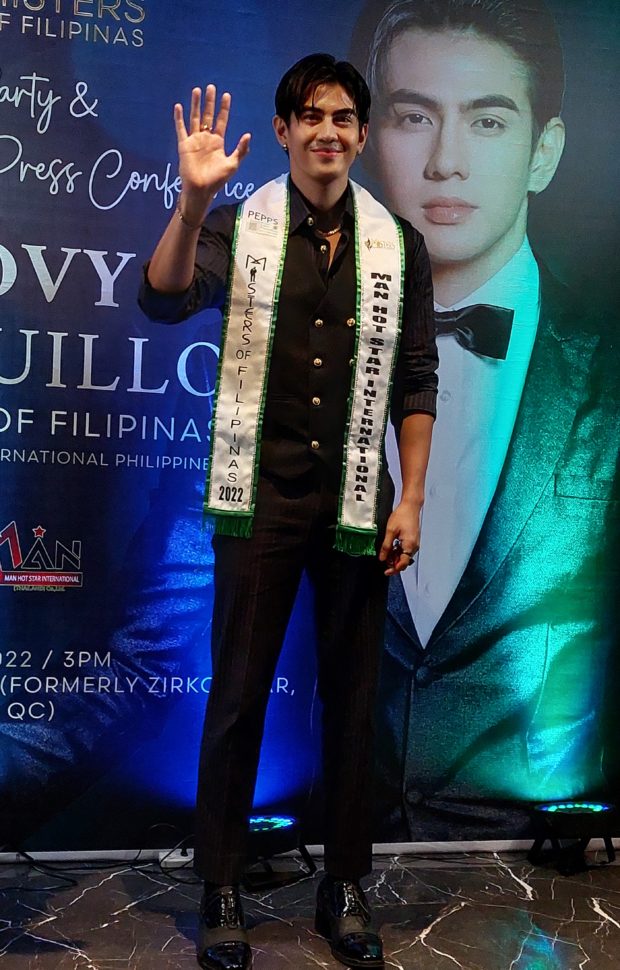 MANILA, Philippines — Misters of Filipinas-Man Hot Star Jovy Bequillo appeared calm and collected when he showed up before members of the media for his send-off press conference just a few days before he leaves for Thailand to compete in his first international contest, so one would think he had been preparing for it for a long time. But that is not the case.

He clinched his national title exactly a month ago in a competition staged just a few weeks from his regional pageant. But for many observers, he comes off as someone who has been doing this for a long time, somebody who was born to be on stage.

Bequillo stood with his signature quiet confidence at the press conference on Wednesday, Nov. 16, and declared his eagerness to represent the country abroad.

Several titles were at stake for his first national pageant, But Bequillo said he has really had his eyes set on the Man Hot Star International, a new international competition in Thailand that merges pageantry, modeling, and entertainment.

The Misters of Filipinas pageant has referred to the international contest as “the newest luxurious pageant in Thailand” that is looking for a “luxury brand model to meet the needs of the national business class.

Man Hot Star International promised a prize package worth $81,830, including $13,600 in cash. The winner will also gain opportunities in modeling, acting, and hosting.

To qualify for Man Hot Star International, aspirants must be between the ages of 18 and 35 years old, physically fit, have finished high school, not shorter than 5’8” in height, and should pass a background check to determine if they do not have any criminal records, children, and pornographic photographs or videos, the international contest said.

Bequillo is confident that he is the person that the international contest is looking for, and promised the Filipino people that he will give his best to make the country proud in the global tilt.

Help Bequillo advance in the competition by voting for him online. Check the Man Hot Star contest’s official Facebook page for information on how to vote.

The inaugural Man Hot Star contest will be staged in Bangkok, Thailand, on Nov. 25. EDV