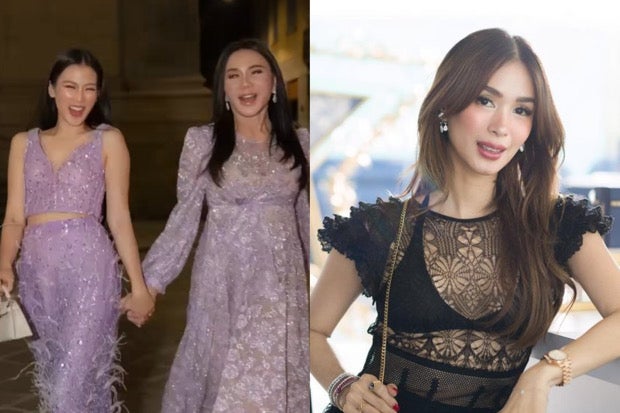 Vicki Belo joked that Heart Evangelista snubbed her and Alex Gonzaga at a Milan Fashion Week event, saying that Evangelista did not greet them even when they were all seated in the same row at a luxury brand’s fashion show.

The celebrity doctor documented the last day of their Milan trip which took place in September, as seen in a vlog on her YouTube channel last Friday, Nov. 11.

Belo and Gonzaga were having a conversation when the latter spoke about how fashion became more appreciated in the Philippines with the help of several Filipino personalities including Belo, Evangelista and celebrity stylist Liz Uy.

“Did you take note? Heart and me in the same sentence,” Belo butted in while looking at the camera.

Belo and Gonzaga then just laughed it off and changed the subject.

Gonzaga then later clarified via a Facebook post on Tuesday, Nov. 15, that she and Belo were just joking and that they did not really meet Evangelista in Milan. Gonzaga stressed that Evangelista has been nice to her and that they have been friends since 2007. ra/ EDV

Vicki Belo ‘flattered’ over being impersonated in ‘Drag Race Philippines’

Heart Evangelista learns to ‘walk alone, be independent’ in Paris