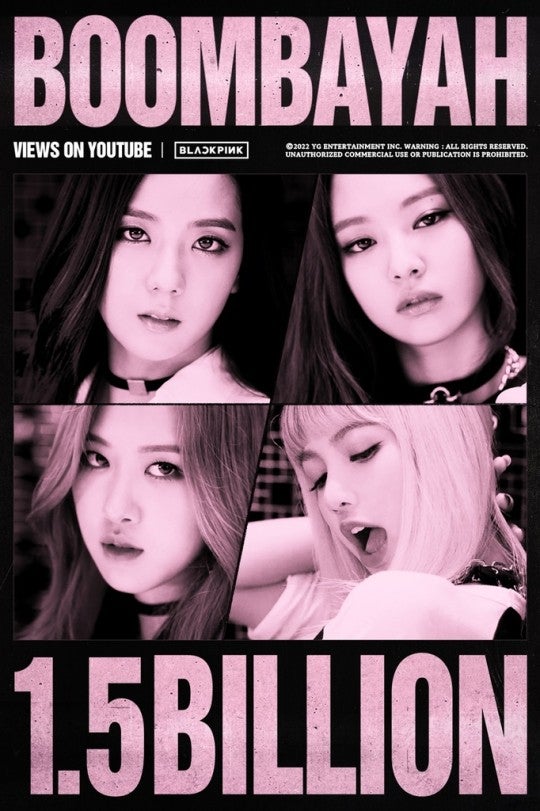 YG Entertainment said the video passed the milestone at about 3:50 a.m. the same day, six years after the K-pop quartet launched its debut EP album, “SQUARE ONE,” in August 2016.

Boombayah is one of the two songs on “SQUARE ONE,” along with “Whistle.”

As of Saturday, three BLACKPINK videos have garnered more than 1.5 billion views, including “Ddu-du Ddu-du,” “Kill This Love” and “Boombayah,” The Korea Herald quoted Yonhap.