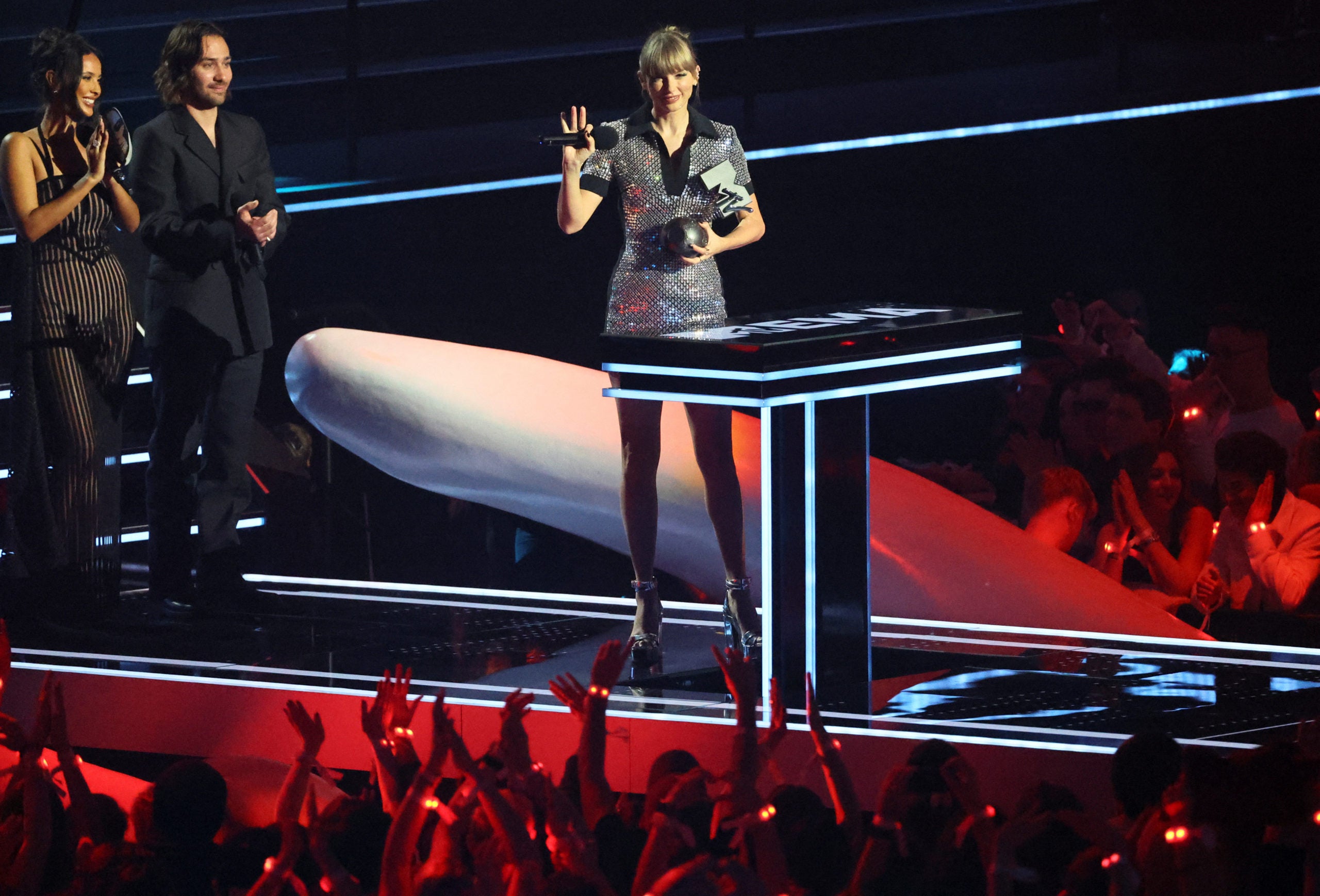 Taylor Swift receives the award for the Best Video during the 2022 MTV Europe Music Awards (EMAs) at the PSD Bank Dome in Duesseldorf, Germany, November 13, 2022. (REUTERS)

DUESSELDORF — Taylor Swift walked away with four prizes at MTV’s Europe Music Awards on Sunday, including best video for her 10-minute “All Too Well”.

The event, broadcast on MTV from Duesseldorf in western Germany, honoured musicians from Brazil to South Korea.

It featured an appearance by Ukraine’s Kalush Orchestra, the winner of this year’s Eurovision Song Contest, which performed “Stefania” in an arena glowing with Ukraine’s national colours of blue and yellow.

“I felt like I learned so much about how making film can be a natural extension of my storytelling,” Swift said as she accepted the long form video award.

In “All Too Well”, Swift draws inspiration from 1970s Hollywood and recounts a fraying romantic relationship that disintegrates, leaving behind only a scarf and memories.

“It was rare, I was there, I remember it all too well”, Swift sings.

Minaj’s winning song “Super Freaky Girl” incorporates the 1981 hit “Super Freak” with lyrics “I can lick it, I can ride it while you slippin’ and slidin'”.

The hosts for the show were British pop star Rita Ora and the film director Taika Waititi, who married this year. Ora herself won for “best look”.

Duesseldorf has a musical heritage as home to the pioneering German electronic band Kraftwerk, which influenced generations of pop and dance musicians with mesmerising tracks such as “Autobahn”.

The city also hosted the Eurovision Song Contest in 2011.

Screaming teens watched the stars walk down a red carpet before the event was broadcast from the PSD Bank Dome.

Julian Lennon, the son of the Beatles’ John Lennon, said as he entered that he had not seen a concert in years and was looking forward to it.

The rock band Muse, which won the best rock award, said it was dedicating its victory to the people of Ukraine and Iran.

Kalush Orchestra’s frontman Oleh Psiuk, donning a pink hat, said before the performance that he hoped more Ukrainian bands would be present next year.