Bernadette Sembrano still open to possibility of getting pregnant at 46 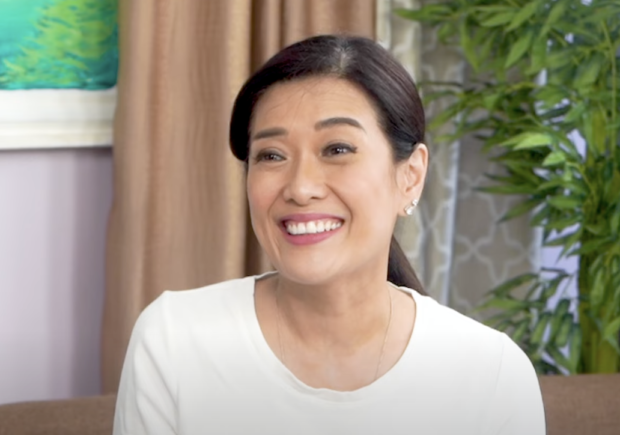 Bernadette Sembrano, 46, admitted that she still has hopes of bearing a child despite her age and her being diagnosed with endometriosis and myoma.

The broadcaster opened up about this after she was asked about having children during an interview with comedian Ogie Diaz, as seen on the latter’s YouTube vlog on Wednesday, Nov. 9.

(I am not saying that we would no longer [have a child] because I still ovulate so who knows, we might have a miracle baby. I am still open to the possibility.)

Sembrano then recounted losing Molly, the baby she had conceived through in vitro fertilization (IVF) in 2018. Sembrano disclosed that while they were “very hopeful” at the time, she still prepared herself for what may occur during her pregnancy.

(We attempted [to have a child] but unfortunately, we had a miscarriage. I almost had a child before, Molly, but I had miscarriage back in 2018, I think.)

(Back then, I was excited and thankful but at the same time, I opened [myself] to possibilities that the [pregnancy] might not be successful. No expectations because everyone knows the reality, right? But we were really very hopeful.)

Sembrano also talked about her diagnosis, which was one of the factors why it was hard for her to get pregnant.

(I don’t mind sharing it because it may help other women and couples. I have endometriosis and myoma so there was really a difficulty in bearing a child.)

Endometriosis is a disease “characterized by the presence of tissue resembling endometrium (the lining of the uterus) outside the uterus,” as per World Health Organization. Myoma, or uterine fibroid, is a “noncancerous growth of the uterus that often appears during childbearing years,” according to Mayo Clinic.

Despite the miscarriage, Sembrano noted that she is still grateful for Molly who the broadcaster regards as the reason why she became more open and eager in life.

Sembrano has been married to her husband Emilio Aguinaldo IV since June 2008. She first opened up about Molly and her miscarriage in 2020. EDV