BTS has most No. 1 on Billboard’s ‘Hot 100’ this decade | Inquirer Entertainment 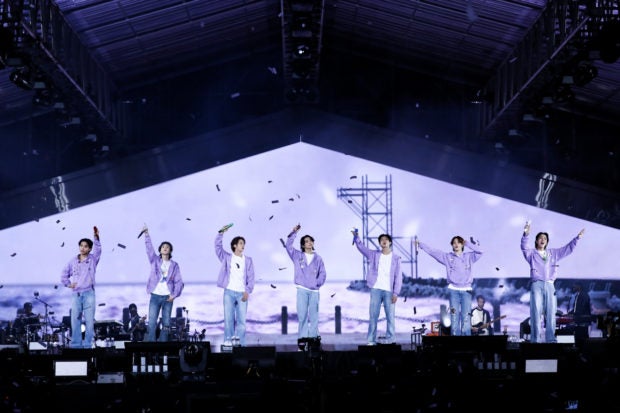 BTS has the most No. 1 hits on the Hot 100 this decade with a total of six songs topping the singles chart, according to Billboard.

On Tuesday, the US music magazine shared a new ranking on its social media account that featured the list of global acts that have earned the most No.1 records on the competitive chart over a decade. BTS was named at the top with a total of six chart-topping songs. It’s also the first decade-data released by Billboard this year including the boy band’s “My Universe,” which was released in September 2021.

The seven-piece group earned its first Billboard Hot 100 hit with “DNA,” a track released in 2017.

On Sept. 5, the boy band’s mega-hit “Dynamite” reached No. 1. The septet’s first English-only track became the first song by a South Korean musician to debut at the top of the Hot 100. It also made new records by topping Billboard’s Global and Digital Song Sales charts.

The seven bandmates gave their take on Jason Durelo’s dance-ready “Savage Love,” a song produced by Jawsh 685. Suga and J-hope, the band’s rap tandem, added their self-written lyrics to the music, and the remix version landed at No. 1 and spent over half a year on the Hot 100.

Released in November 2020, the boy band’s joyful pandemic anthem “Life Goes On” reached the top of the chart on Dec. 5, 2020. Co-written by RM, Suga and J-hope, the track on the group’s “Be” album also became the chart’s first No. 1 sung mainly in Korean. 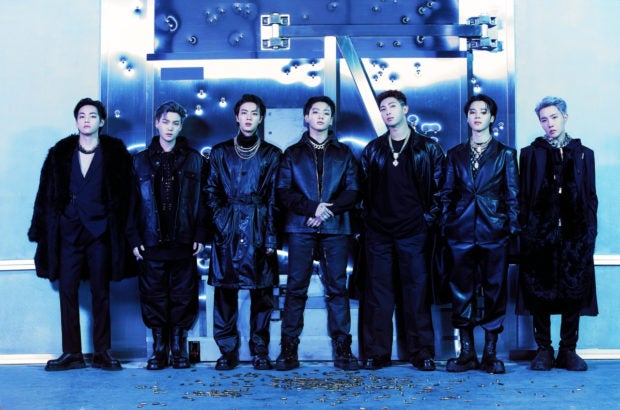 BTS continued its US success in 2021, with three more chart-toppers.

Smooth like butter, the septet’s “Butter” landed at No. 1 on June 5. The addictive summer song later became the 40th in the chart’s history to spend 10 weeks or more atop the Hot 100. The track also made the biggest YouTube debut of all time.

“My Universe,” a collaboration track between BTS and Coldplay, debuted atop the Hot 100 in October, marking the K-pop band’s sixth and the British rock band’s second No. 1 on the list.

Apart from the Hot 100, BTS is also the first-ever K-pop act to have entered the Billboard 200 album chart at No. 1. It was also the first foreign-language album in more than 12 years to achieve the feat.

Billboard charts, which are based on streaming, radio airplay and digital sales, are the apex of music for musicians. The Billboard Hot 100 shows the week’s most popular songs in the US across all genres. Several components contribute to the chart’s calculations, including the sales data compiled by Nielsen Soundscan and streaming activities provided by online music platforms.

Meanwhile, the boy band has submitted four songs, including collaboration tracks, to the 65th Grammy Awards, which are set to take place on Feb. 5.

The septet’s “Yet To Come,” from BTS’ anthology album “Proof” in June, is the only song released exclusively under the band’s name among the four entries.

The other three tracks are “My Universe,” Charlie Puth’s “Left and Right,” featuring Jung-kook and Benny Blanco’s “Bad Decision,” which has the voices of BTS’ Jin, Jimin, V and Jung-kook and the American rapper Snoop Dogg.

BTS to take hiatus as a group: ‘We’re trying to find our identity’