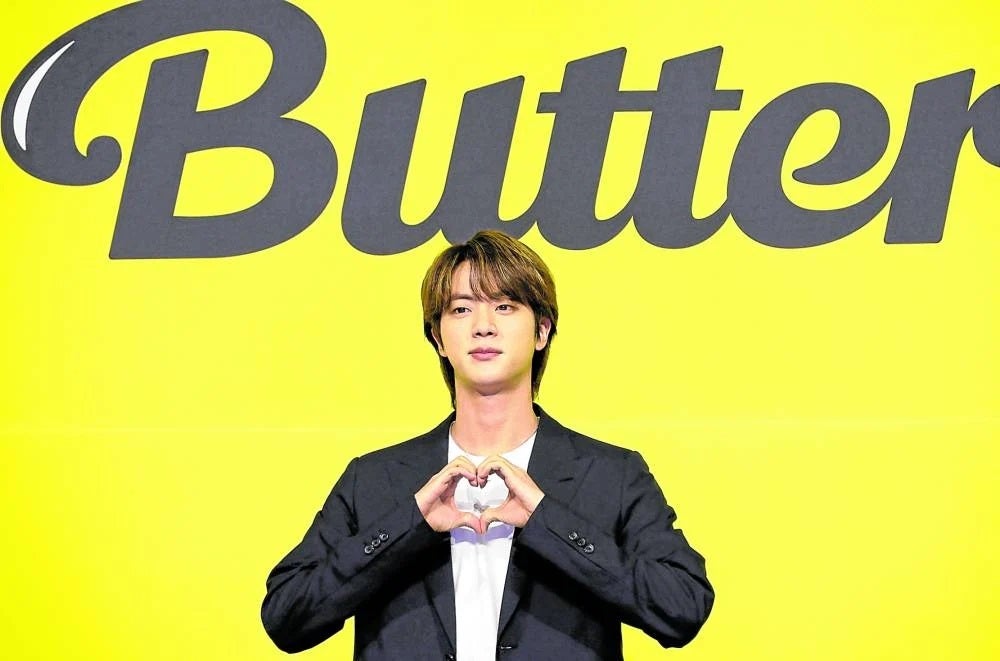 BUENOS AIRES — Buenos Aires has been gripped by “Jin” fever, with fans thronging to catch a glimpse of the K-pop superstar from BTS making what could be his last public appearance in a while.

Ahead of signing on for military service in South Korea, 29-year-old singer-songwriter Jin is set to make a guest appearance on Friday with Coldplay on the Argentine leg of the British rock band’s tour.

He is plugged to appear for just a single track—the first-ever live performance of “The Astronaut” cowritten with Coldplay’s Chris Martin.

The promise of one song was enough to set off a craze, and since news broke last week of Jin’s one-off appearance, hundreds of fans have set up camp outside the River Plate stadium hosting 10 concerts by Coldplay, who tweeted on Thursday: “Jin is here!”

More than a thousand devotees flocked to the airport in the vain hope of catching a glimpse of Jin’s arrival earlier in the week, but he slipped out through a back exit.

“It… means a lot now that he is going to go to do military service,” university student Agustina Jenzi told AFP outside the stadium — among those who came with tents, yoga mats, food and drink for the long wait.

“It’s nice for him to experience this. I don’t know whether he passed by here and saw us… he should know that there are a lot of people here.”

The local branch of the global “BTS Army” hope to get as close to the stage as possible when the gates open for Friday’s concert.

‘To have him close’

Ten days ago, the agency representing BTS said the band’s seven members would enlist in the military, putting an end to a debate about whether they should be exempt from mandatory service of about two years.

The group, credited with generating billions for the South Korean economy, must sign up by December. They have said they hope to reconvene by 2025.

Outside the stadium, the make-shift tent camp is decorated with shrine-like homages to Jin, with photos of the singer on home-made placards, decorated phone covers, blankets and scarves.

Finding a room to rent in Buenos Aires, a city of three million, has become a test in recent days.

And social networks have exploded, with Jin occupying six of the top ten trends on Argentine Twitter with more than half-a-million tweets on Tuesday alone.

Popular hashtags include “#Welcome to Arjintina.”

“When they announced he was coming, we came here and started camping,” Rocio Vega, 23, told AFP.

“We are tent one. And then more girls joined us. So far there are 18 tents” with about 40 ticket-holders sleeping in and around each one.

Vega and others care little that the concert will be broadcast on the screens of 3,500 cinemas on more than 75 countries.

Jin must be seen in flesh and blood.

“This will be his real sendoff,” said Vega, who had bought tickets to see Coldplay on Oct. 25 and 29, and another for Friday when she learnt Jin would be there.

Zunilda Garcia, an 18-year-old student who smiles at the mere mention of Jin’s name, said sleeping in intermittent rain was a small price to pay for the chance of seeing her idol in real life.

“At night, we sit and talk about the possibility of seeing him… It is a mix of emotions, between happiness, a lot of adrenaline, anxiety to be able to see him, to have him close.”

To kill the long hours until the concert, the “Army” exchanges links, messages and videos on social media, including a tantalizing teaser of Jin behind the scenes at Wednesday’s Coldplay performance, dancing to their song “The Universe.”

The video, authenticated by AFP Fact Check, had been viewed more than 1.5 million times by Thursday morning.