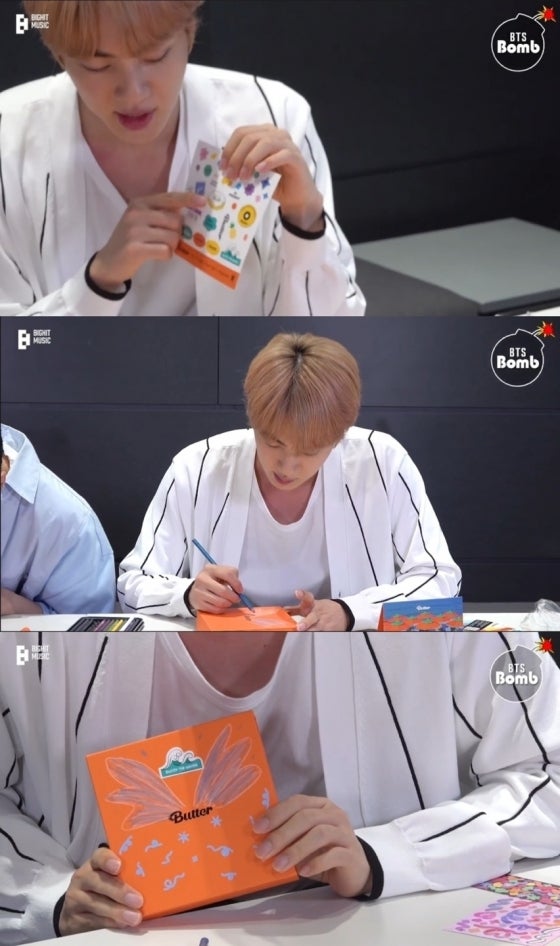 SEOUL — Jin of BTS promised fans that he will host a live chat along with RM within a month during an unboxing livestream.

In a video in which the bandmates split into two groups and unboxed two different versions of two-track release “Butter,” Jin shared tidbits from makings of the poster and the jacket album.

“I loved the heart-shaped sunglasses and took three,” confided the artist unfolding the page to show the picture taken on the sun lounger on the beach.

He decorated the album with stickers from the album and drew butterfly wings around the album title, before changing the wings into splashing water inspired by the car washing scene. The donut-shaped sticker, on a laptop or a notebook, would be a signal only recognized among their fans, he said knowingly.

Jin also told viewers how each of the members went through changes in hair colors and styles, boasting that he is the most interested in the members, and sang the chorus part from the band’s new song “Permission to Dance” before the video came to an end.