BTS takes another shot at Grammys 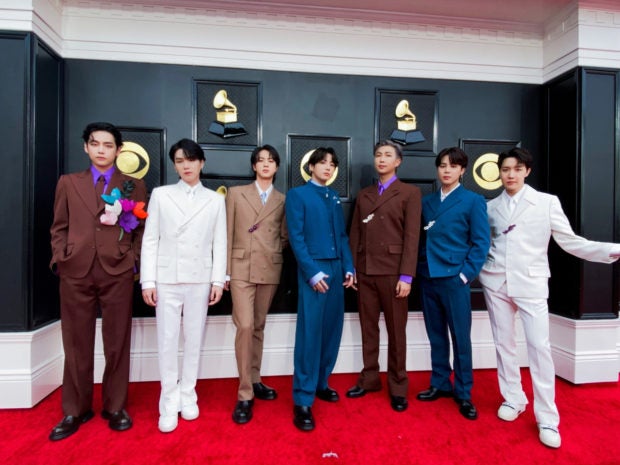 BTS is reportedly running for the 65th Grammy Awards.

The band has thrown its hat into the upcoming Grammy race, set to take place in February 2023, taking its final shot at snagging an award there before the bandmates go into a long group break.

Citing reports from inside the US music industry, Yonhap News Agency on Wednesday reported that four songs from BTS including collaboration tracks were submitted as entries for the 65th Grammy Awards.

The septet’s “Yet To Come,” which was revealed as the title song of its anthology album “Proof” in June, was the only song released exclusively under BTS’ name among the four entries. The other three are “My Universe,” the act’s collaborative single with British band Coldplay last year, Charlie Puth’s “Left and Right,” featuring BTS member Jungkook, and Benny Blanco’s “Bad Decision,” featuring American rapper Snoop Dogg and BTS’ Jin, Jimin, V and Jungkook.

It’s not clear whether BTS submitted the entries for all four songs, but “Yet To Come” and the three collaborative songs will vie for nominations in two of the awards show’s top four “general field” categories: record of the year and song of the year.

READ: BTS’ ‘Yet To Come’ concert brings the world to Busan

The songs have also been submitted for best pop duo or group performance. BTS nabbed nominations in this category twice before, last year with “Butter” and in the previous year with “Dynamite.” 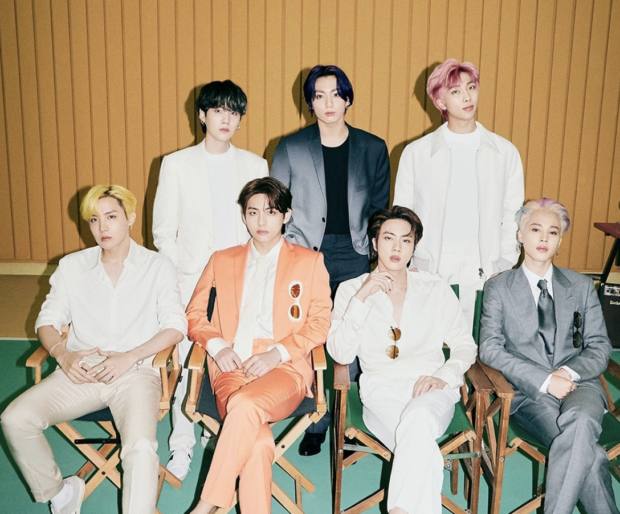 The nominees and winners of the awards are determined by eligible voting members of the Recording Academy, the American organization of music experts that administer the Grammys. Nominees have been determined through the first round of voting conducted between Oct. 13-23, and the final list of nominees will be made on Nov. 15. Final voting will run from Dec. 14 to Jan. 4, 2023, and the winners will be revealed at the 65th annual Grammy Awards on Feb. 5, 2023.

Since its debut in 2013, BTS made history when it earned its first-ever Grammy nomination in 2020 with its megahit pop tune “Dynamite.” The act scored its second nomination with “Butter” in the same category the following year, but left the ceremony empty-handed in both years. The band made its first foray into the US awards show as an award presenter for the 61st edition in 2018 and a performer in 2019.

This year will be the K-pop septet’s last entry at the Grammys for a while, as the bandmates are set to carry out their mandatory military duty starting with Jin this year. All able-bodied men are required to serve the military for around two years, according to South Korean law. Big Hit Music, the septet’s label, recently announced BTS members will be enlisting in order according to their plans. The act’s eldest member Jin is obliged to start his service within this year.