For Lany minus 1, ‘the show must go on,’ including 5 in Manila | Inquirer Entertainment

For Lany minus 1, ‘the show must go on,’ including 5 in Manila 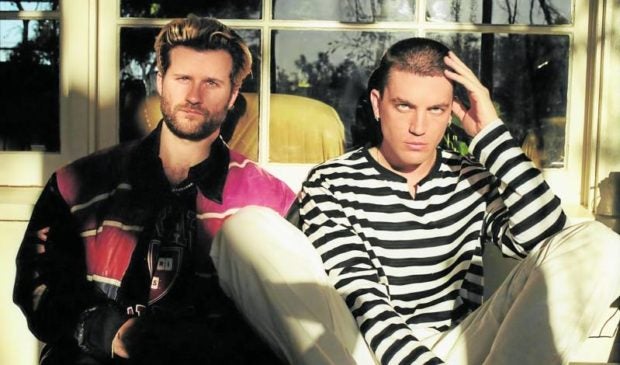 Last April, keyboardist Les Priest announced his departure from the pop-rock band LANY to begin a “new chapter” and focus on his personal endeavors. But while the remaining members, lead vocalist Paul Klein and drummer Jake Goss, miss sharing the stage with their former bandmate, “the show must go on.”

“It wasn’t like a huge surprise when Les pulled me aside and told me he loved being in the band, but that he felt like it was time for him to stay home and be a family man. I kind of felt it was coming… I wasn’t totally shocked, but obviously, we miss him so much,” Paul told the Inquirer in a recent online interview arranged by Live Nation Philippines for select members of the press.

Paul noted that Les has been instrumental to LANY’s success through the years. So it only felt right to soldier on and continue what they had started.

“We had so many incredible years with him and helped us build what LANY is now. He took a step down and we were like ‘Go be with your family. You have our full blessing.’ But we also knew that we wouldn’t just stop because he wanted to quit,” Paul said, adding that the band’s creative vision remains alive and stronger than ever.

“We have a huge fanbase and family around the world that we love and are desperate to keep making music for,” he added. “But it has been a seamless transition, thankfully. We obviously miss him and love him, but the show must go on.”

And go on the shows will—five of them, in fact, in Manila next month. For the last leg of LANY’s Asian tour, “A November to Remember,” the band will hold court at the Mall of Asia Arena on Nov. 11, 12, 13, 15 and 16. The first four shows are already sold out and only a few tickets remain for the last. Visit www.smtickets.com.

Formed in 2014, LANY is best known for its synth-laden midtempos about love, longing and heartbreak, like “ILYSB,” “Super Far” and “Malibu Nights.” Aside from their well-loved hits, the duo will also play new songs from their third and fourth studio albums, “Mama’s Boy” (2020) and “gg bb xx” (2021).

‘Best fans in the whole world’

The Philippines is one of LANY’s most important market’s. Aside from the sold-out concerts, a big chunk of their monthly listeners on Spotify are Filipino fans; Quezon City and Manila sit in the second and third spots, respectively, of the duo’s Top 5 cities in the said music streaming platform.

“​​Five shows are pretty astronomical… Manila is our last stop this year so I guess we could have technically played as many nights as we needed to,” Paul said of playing five shows in Manila—two more than their previous outing here in 2019 and the most of any city they have played in. “I’m shocked!”

What’s it like to be doing five shows in Manila?

It feels like we’re making up for lost time. I’m very humbled and honored that people still care about us. I’m just so excited. It’s not a secret that Filipino fans are some of the best in the whole world.

No matter where I go— South America, North America, Australia—I’m always excited to invite people to sing along and get involved in our shows. My favorite crowds to play for are the ones that get involved, sing all the words and are just excited to be there. And no one really sings louder and goes harder than the Philippines.

Where will you get all the energy?

I’m going to get it from you guys. The energy exchange is always incredible onstage. I can be so tired, but the minute I step out there, the fans give me a lot of energy and bring me to life. And I have no doubts that we will be able to go through five nights with ease.

Will you be doing a different setlist for each night?

Or perhaps do something unique in each?I want to give everyone an equally great show, so we prepared a setlist that we believe is our best show yet. But we are right now, exploring a couple of options, like maybe having special guests for one or two nights. We will see if we can make that happen.

We will do a good amount of songs from every album or EP because we know there are fan favorites across the albums. We kept things pretty even.

What do you think makes your music resonate with Filipinos?

I’m not exactly sure, but I’m incredibly grateful because this is what you dream of.

Making music and making albums is a lot like buying a gift and writing a card for someone you love: You want them to like the gift and know that this is why you got it for them… that you were incredibly thoughtful and careful choosing it.

But ultimately, what you hope for is that it connects with people on a deep level. The fact that it has connected in such a way in the Philippines is a gift in return.

It means everything. It’s such a joy to work so hard on our music. I don’t do anything else. I love to write songs. I’m obsessed with writing songs that can articulate the human experience and hopefully make people’s lives a little better. 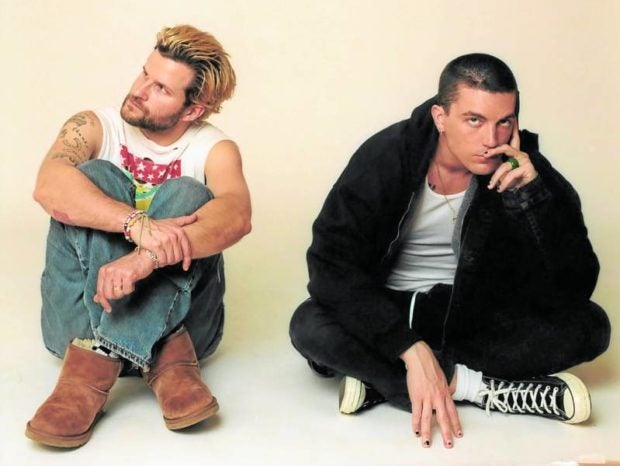 We would still do it even if there’s only one person listening. But the fact that there are so many of you only makes it that much better.

Have you ever considered adding a new member, after Les’ departure?

It’s going to be just Jake and I. I don’t know, but we just have never entertained the idea of having someone else in. I feel like we know exactly what we’re doing. It started with the three of us. It could be interesting to bring someone in after all the groundwork that we have already laid. But I think Jake and I are excited to carry the vision forward with just the two of us.

Have you had the chance to reflect on your success?

I’m not very good at that. Sometimes, I feel frustrated that we haven’t accomplished more. Or sometimes I feel like we’re a big band no one talks about. But that’s kind of cool. I feel like an underdog in the music industry, but that’s interesting to me.

But at the same time, I don’t want to feel we have arrived or we made it. At the end of the day, I simply want to get better every single day and write better songs and reach as many people as possible. But I’m very thankful for the success we have received so far and so we want to be responsible and not ruin it and throw it away.

So you’re currently working on a new album? What can you tell us about it?

I haven’t really sat down and talked about it yet because it’s still in the early stages. But what I know is that I don’ know what the title is going to be. That’s still up in the air.

We’re back in the studio with producer Mike Crossey whom we worked with on the album “Malibu Nights.” And it feels great to be back with him. We look forward to working with him and working under his brilliance, wisdom and guidance. That’s the most I can say right now, because so much of it is still up in the air. I love the songs I have written for it.

What motivates you to keep writing music?

I think I’m just in love with it. People say that I work so hard all the time. But yeah, what else am I supposed to do? We started this band with a really pure motive, and that’s to create music that connects with humans across the world. That vision remains the same. There are a lot of people in the world we haven’t reached yet. That’s our motivating factor. INQ

5 nights of LANY in PH truly ‘A November to Remember’