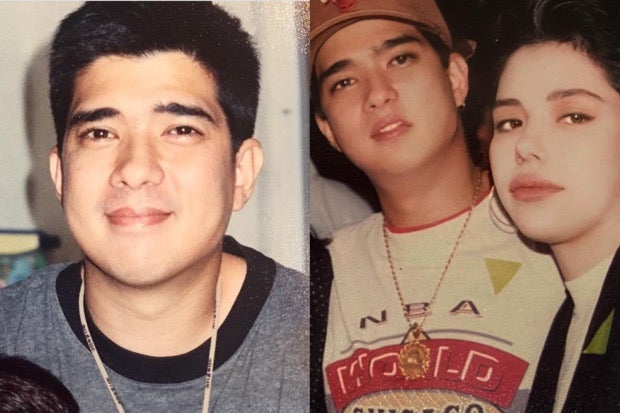 Francis Magalona was remembered by his wife Pia Magalona and their children, Maxene and Saab, on what would have been the Master Rapper’s 58th birthday.

Pia greeted her late husband by showing a throwback photo of them together, via her Instagram page yesterday, Oct. 4. The celebrity mom also appeared to have spent the occasion with Saab’s kids, as Pia gave a glimpse of her moments with grandson Pancho who she described as Francis’ look-alike.

Meanwhile, Maxene marked her father’s birthday by “tuning in to his energy” with his music, and dining with her brothers Elmo and Frank in one of Francis’ favorite restaurants. Maxene also narrated how she received a free drink from a coffee shop which she believes is her dad’s birthday treat for her.

“This was a very meaningful day for me. It would’ve been my Pop’s 58th birthday and ever since we lost him in 2009, we’ve been honoring his spirit every year on his birthday by tuning in to his energy which we are so grateful we can easily do because of his legendary music,” she said.

Maxene then spoke about how her father is “no stranger to trauma” and had also experienced sufferings in his life. According to Maxene, her dad’s experience is one of the reasons why she is “healing herself.”

“This is why I want to heal myself as much as possible and offer my healing as a way of honoring my Pop’s spirit and legacy as well,” she stated. “I love you, Pop. This is for you.”

Saab, for her part, showed a photo of Francis along with her greeting, also through her Instagram page.

The Master Rapper passed away in March 2009, after being diagnosed with acute myeloid leukemia in 2008. He is known for his nationalistic songs which include “Mga Kababayan,” “Kaleidoscope World,” “Nilamon ng Sistema” and “Higante,” among others. EDV