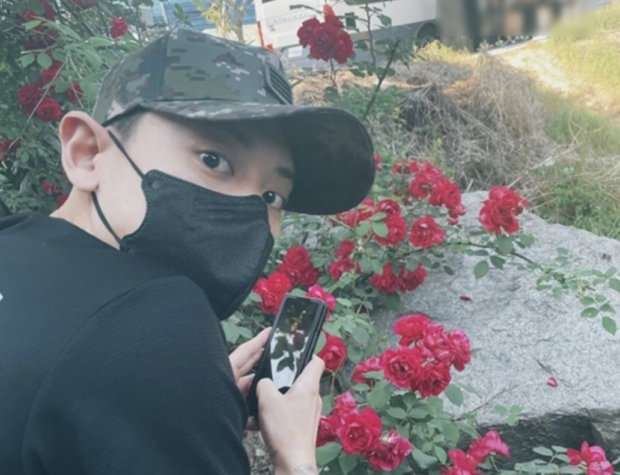 Chanyeol of EXO. Image: SM Entertainment via The Korea Herald

He is the fifth member of the band to be discharged, following Xiumin, D.O., Suho and Chen. He enlisted in March last year and served in the Army, as well as appeared in the musical “Blue Helmet: A Song of Meissa.”

The veteran idol debuted as a member of EXO in 2012 and also appeared in television dramas and movies.

In 2020, he was mired in a scandal after a woman claiming to be his ex-girlfriend wrote in a post online alleging that he cheated on her with over 10 different people while they dated for three years.

He broke his silence in February with a long apology letter to his fans, but did not confirm or deny the allegations. JB

BTS may still be able to perform while doing military service, says minister