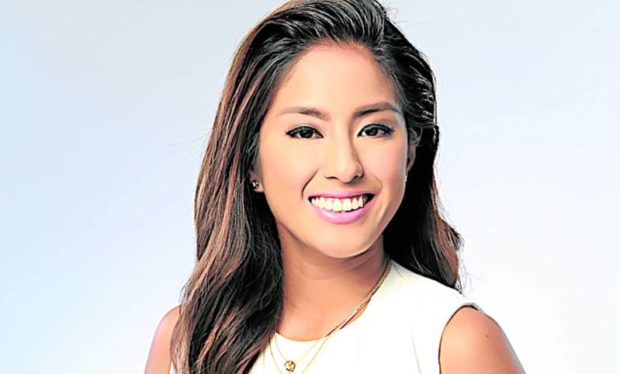 “I’ve come to accept that now isn’t the time for it yet,” said TV host Gretchen Ho when Inquirer Entertainment asked whether she is now ready to make time for an active love life.

It has been over five years since Gretchen and TV host Robi Domingo, her boyfriend of three years, broke up. She has yet to publicly introduce anyone as a romantic partner since. “I feel that everything has its set time. I’m so busy these days that I don’t even have enough time to sleep well. I chose to focus on work to be able to protect and preserve the blessings that are coming my way. It’s hard for me to commit to that side of my life right now,” said Gretchen during the virtual media gathering to launch her new travel infotainment show titled “Woman in Action.”

“It won’t be fair to my would-be partner because I won’t have the time for a relationship. I feel that it will come when it’s time,” she declared. “By that time, I’ll be free enough to have that commitment. I’m OK with my current status. I’m always on the go, so I predict that a new romantic relationship now will be very difficult.”

Since she is committed to the show, which she will be hosting and producing, we asked whether or not she felt that a guy should share her advocacy and passion in order for her to commit to him romantically. To this, Gretchen said: “A guy who is meant for me will not be intimidated by me or what I do professionally. Yes, I can be intimidating in some ways because I’m goal-driven, I know what I want, and I’m very vocal,” she began. “But the people who will try to get past that initial impression of me will surely get to know me better.”

At present, Gretchen said she is focused on self-improvement and finding ways to connect with more people. “I will be writing minidocumentaries for the show. In fact, I will be writing our Rizal province episode, as well as our visit to Jolo, Sulu,” she pointed out. “I’m excited by the opportunity to be able to write. My EP (executive producer) is helping me. I’m also working toward being able to write a full docu in the future,” she declared.

Asked to define what a woman in action is, Gretchen said: “This description goes beyond the physical. I also don’t want this to be exclusive to women. It’s really a call to action for everyone. If you want to do something, such as to travel or embark on an adventure, just take courage and make that first step. Making things happen is what ‘Women in Action’ is all about. I hope everyone can relate to this statement.”

Gretchen said she began pitching the concept to producers in 2020, after she initiated a bike drive at the start of the COVID-19 pandemic. “I wanted to turn it into a show, since I was already doing content while going on bike rides,” said the former professional volleyball player. “There were a lot of stories to share, but COVID-19 happened, as well as the Tokyo Olympics, and later, the national elections. Today is the perfect time for the show, finally.”

The show airs starting Oct. 1 at 7:30 p.m. on One News via Cignal. Aside from it being an adventure show, it is also a public service program, “but in a sustainable manner,” Gretchen pointed out. “We don’t want to just go to a place, feed the people there, and then nothing more. We want to leave a lasting mark. Hopefully, I will be able to bring sponsors to the places we visit since I’ve worked with a lot of NGOs (nongovernmental organizations).”

To a question on who her women idols are, Gretchen said: “Gal Gadot is one. It’s self-explanatory, being that she plays the American superheroine Wonder Woman. I also like Iza Calzado, who recently played ‘Darna.’ She is always so graceful in her ways and is very kind. She’s my favorite. Another favorite is Angel Aquino, who I got to know while doing public service a few years back. She surprised me when I witnessed how she hugged and kissed a group of students we visited. She is beautiful yet so simple, true and kind.”

She also admires former ABS-CBN president Charo Santos-Concio, “who is an amazing storyteller,” and the late environmentalist Gina Lopez, whom she was able to work with on the travel show “G Diaries.” Gretchen recalled: “We visited communities that prospered after her group, Lingkod Kapamilya, brought livelihood to them through tourism.”

Gretchen, who also coanchors both “Frontline sa Umaga” and “The Big Story,” has this advice to young women who share her interests and are also considering work in public service: “Take courage in the things you’re passionate about or that you’re called to do. When you stay true to that calling, the Lord will lead you to the right people and the right causes, at the right time. Even though it’s difficult, I chose to be a producer. I remind myself that the Lord will not give me anything I can’t handle. That’s why even when I feel really tired, I just push through.” INQ