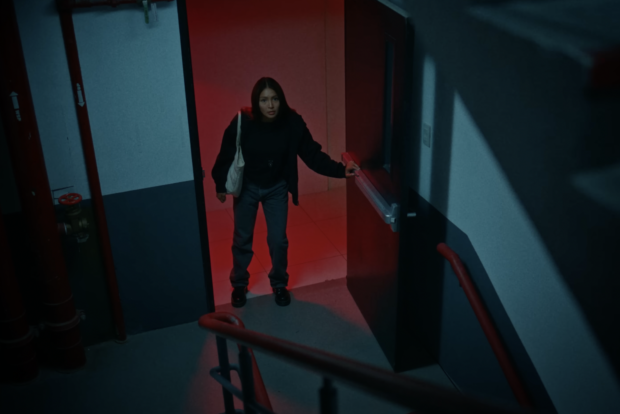 Nadine Lustre is set to be seen in her second film offering this year through the techno-horror movie “Deleter,” which looks into the “dark secrets and consequences” of online content moderation.

The movie’s teaser shows online content moderator, or “deleter,” Lyra (Lustre) watching graphic videos that she has to filter from the internet. Despite seeing videos of murders, holdups and suicides on a daily basis, the job proves to be bearable for Lyra who initially remains unfazed by the violent imagery.

But a dark presence starts stalking Lyra after her bosses question her about the mysterious death of one of her co-workers, as seen on Promovi Studios’ YouTube channel last Sunday, Sept. 25.

Lustre’s character was earlier described as a desensitized online content moderator who faces her “troubled past” after she deletes the video of a co-worker taking her own life.

Lustre was first revealed to star in “Deleter” through a Variety article back in July. She will appear in the film alongside Louise delos Reyes and McCoy de Leon. This marks Lustre’s second movie offering this year, after the thriller “Greed” in April.

“Deleter” is written by Mikhail Red and his brother Nikolas, and produced by Viva Films. Production for the movie will wrap by the end of September, while the film is expected to be completed in time for film festivals that take place in late 2022 and early 2023.

Red is the acclaimed director behind the films “Birdshot,” “Arisaka” and “Eerie.” “Deleter” marks his first collaboration with Lustre.  /ra