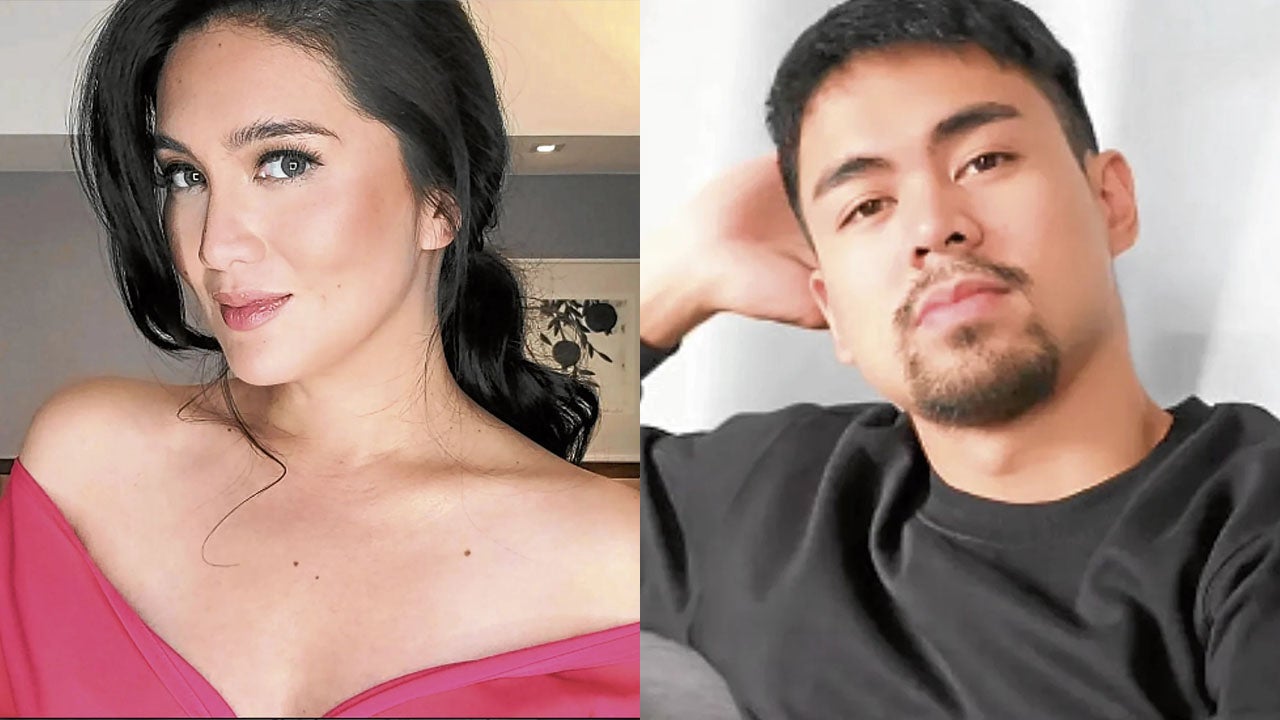 To just take that leap of faith without knowing where it’s going to lead me,” said actress Dimples Romana when asked what she considered the craziest thing she did for love.

“Sometimes, there’s a tendency for us to overthink love because we have so many expectations about what it should look and feel like, on what it should require of us and of our respective partners. I realized early on that love could be easy, pure, honest and unpretentious,” said Dimples who has been married to businessman Boyet Ahmee since 2003.

“I think it’s crazy that you still choose to love without knowing what your journey will be like. Love should be passionate. It shouldn’t be superficial. What was great about my love story is that I found myself in this marriage,” said Dimples, who is also mom to three children, Callie, Alonzo and Elio.

“Love will come to you regardless of age or gender. It’s universal. It’s absolutely OK to either let love come to you or chase it,” said the actress who plays Leah—opposite Miko Raval’s character Allan—in an episode titled “Letters for Leah” of the eight-part digital series “Love Bites.”

The program, directed by Kevin Alambra and Dado C. Lomibao, premiered on Sept. 16, 8 p.m., on the ABS-CBN Entertainment YouTube Channel. It is produced by RCD Narratives.

“I was impressed when I read the script. It’s a new concept. We’re really giving in to this kind of adaptation in terms of serving our audience. Shorter stories are easier for them to digest. That’s an upside of releasing shorts,” explained Dimples.

Further discussing her episode, Dimples added: “There’s this notion of love that you always have to be together for it to last, but here comes Leah and Allan, who attempt to redefine love and defy time and space. Isn’t it touching to think that somewhere out there, if the timing is right, you will find one another again?”

The actress added: “I’m sure a lot of people who are already of age, particularly those who are in their 30s and 40s, will be able to relate to the story. Those who would find their second wind in love because they felt that they didn’t have that chance before, that the timing was off, or that they always had to consider other things. This story tells you that love can also be pure. Imagine, they don’t see each other physically, and yet, they held on to that love that made them feel so alive. Decades have passed, and yet, they are still feeling so much love for each other.”

Asked to react about the fact that even episode director, Dado Lomibao, was able to relate to his character, Miko said: “It’s important that people like Direk Dado are able to see himself in Allan. When people watch this, they can relive their past experiences, even for a short while.”

When it was time for him to give love advice to younger men, Miko said: “Just be yourself. When you find a partner, just show her who you really are. You don’t have to hide anything because if you are meant for each other, she will love you for who you are, and not the persona that you show on social media. If she learns to accept the real you, then consider yourself lucky.”

Miko is confident that a lot of Filipino audiences will feel kilig in watching “Love Bites,” especially his episode with Dimples, whom he first got to work with in the drama series “Viral Scandal.”

“When I joined ‘Viral,’ I didn’t expect anything out of it. I just wanted to act and prove myself worthy of being called an actor. It led to a nice partnership with Dimples. No matter how accomplished an actress she is, you will never feel intimidated by her. She made an effort to make sure we were close with our coactors on the set. This is our follow-up project. I’m happy to have done this with her. I hope this won’t be the last. It’s nice to work with someone very professional, creative and passionate about her work.”

Sky Quizon, Nico Antonio and Genesis Redido are featured in “He Must Choose;” while Angela Trajano and Kristof Garcia are part of “Hears of Pride.” Khyza Villalino and Concon Felix are partners in the episode “First Love, Last Love;” while Karina Bautista and Gello Marquez work together in “One Post Away.”

Meanwhile, Andi Abaya and Kobie Brown play lead in “Miss Astrologer;” and JC Alcantara and Shanaia Gomez are featured in “Totga.” Vivoree Esclito and Anthony Jennings starred in “Lost And Found,” which premiered on Sept. 16.