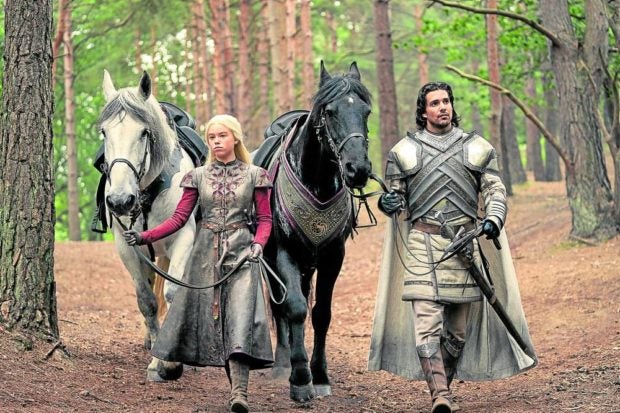 Fabien Frankel may have emerged as one of “House of the Dragon’s” (HOTD) resident heartthrobs, but while indubitably memorable, his—or his character’s—interactions with those lovely but surly Targaryen women, namely Milly Alcock (Rhaenyra) and Emilia Clarke (Daenerys), have sometimes been, uh, less than pleasant. In the acclaimed series’ latest episodes, for instance, Ser Criston Cole (Fabien) gets his fragile heart broken soon after Rhaenyra lures him to her bed. The 17-year-old heir to the Iron Throne then rebuffs Criston’s plea to elope with him to Dragonstone and leave her royal life behind.

Far away from King’s Landing, the 28-year-old actor had also crossed paths with Emilia when he worked with the actress in his screen debut, the 2019 rom-com movie “Last Christmas”—which, Fabien told us, almost didn’t end well for him.

When we spoke to the dreamy French-British actor about what he remembered from working with Emilia three years ago, he disclosed that his scenes almost didn’t make the final cut.

“It’s very kind of you to ask this because I was subsequently almost cut out of the film,” shared the Rada (Royal Academy of Dramatic Art)—and Lamda (London Academy of Music and Dramatic Art)—trained actor. “So, thank you for giving me that credit.”

When we asked Fabien if he told Emilia about having landed the HOTD role or sought her advice, he replied, “Well, no, but I actually went to her birthday 11 months ago, when a friend of mine took me to it, and I saw her there. We spoke very briefly about it, and Emilia was lovely. She was very excited for me.” 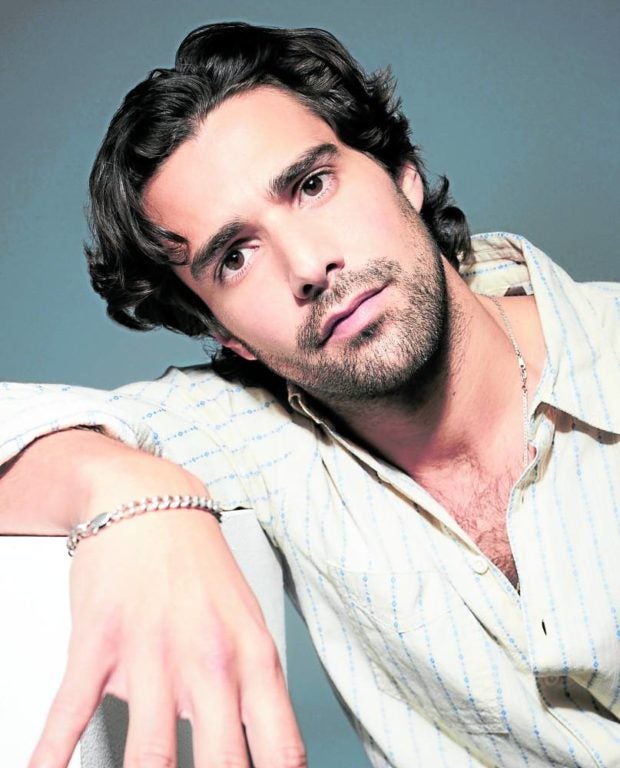 As fate would have it, Emilia wasn’t the only “Game of Thrones” (GoT) alumnus present at that get-together, Fabien recalled: “Yeah, it was great because I also got to chat with (GoT showrunners) Dan [DB Weiss] and David [Benioff] because they were there as well.

“So that was kind of surreal. But no, I haven’t asked her for her advice, although I’d gladly take it if she has any to give me.”

While Fabien enjoyed every minute of being on the set, the task of wearing Ser Criston’s stocky armor wasn’t one of his favorite things.

He explained, “The armor looks amazing, but I’ll say this: For the first three weeks, they couldn’t remove the neck plates without taking out the whole armor, which took 15 minutes for two people to do. So, I couldn’t sit down or eat on my own in any way. I don’t wish it upon anyone to be fed by members of the crew. But they did eventually manage to get the breastplate removed in my case (laughs).

“Another thing: I’m quite a fidgety person, so learning to stand still and be on guard took some doing. I think my friends and family found it pretty hilarious that, out of all the people, it’s me who was chosen for this role… someone who has tremendous difficulty of even sitting still for more than two minutes (laughs). I had to wear this armor and be still for great lengths of time!” 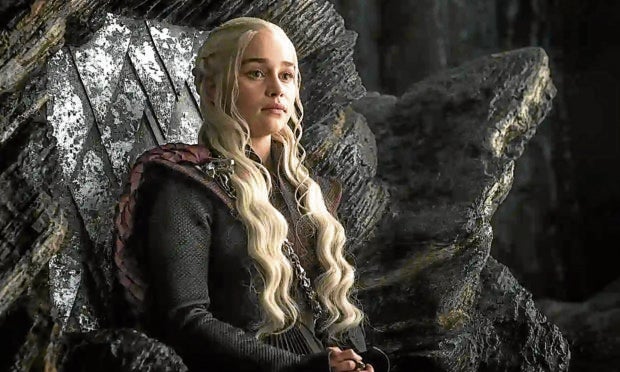 Emilia Clarke as Daenerys Targaryen in “Game of Thrones”

Then and now, the franchise has always managed to merge different issues in a single episode. Which of the themes resonated with Fabien the most?

“The issues concerning families did, because everybody has a family—and that’s central to the story we’re trying to tell, as written by George RR Martin,” he said. “Also, the dynamic and logistics of how family works and the relationships within—like Daemon’s (Matt Smith) relationship with his brother Viserys (Paddy Considine) or his niece Rhaenyra (Milly). From a thematic standpoint, that’s certainly something that we all can relate to.”

Asked if he thought HOTD could duplicate the success of GoT, Fabien said he didn’t think so.

“I mean, ‘Game of Thrones’ was one of the greatest shows ever made,” he noted. “Moreover, it also has the biggest fanbase ever. We hope that our show has its own success and that the fans of GoT will also become our followers.

“But I hope that we’ll also be able to have new fans of our own, because a lot of kids, like Milly in the cast, was just 8 years old when ‘Game of Thrones’ started. So, I hope that her generation will also find the same joy that I felt when I was watching it as a young man.”

Episode 6 of “House of the Dragon” will be streamed on HBO Go at 9 a.m. on Monday.