Longest running show on Broadway, 'Phantom of the Opera' to close | Inquirer Entertainment

Longest running show on Broadway, ‘Phantom of the Opera’ to close 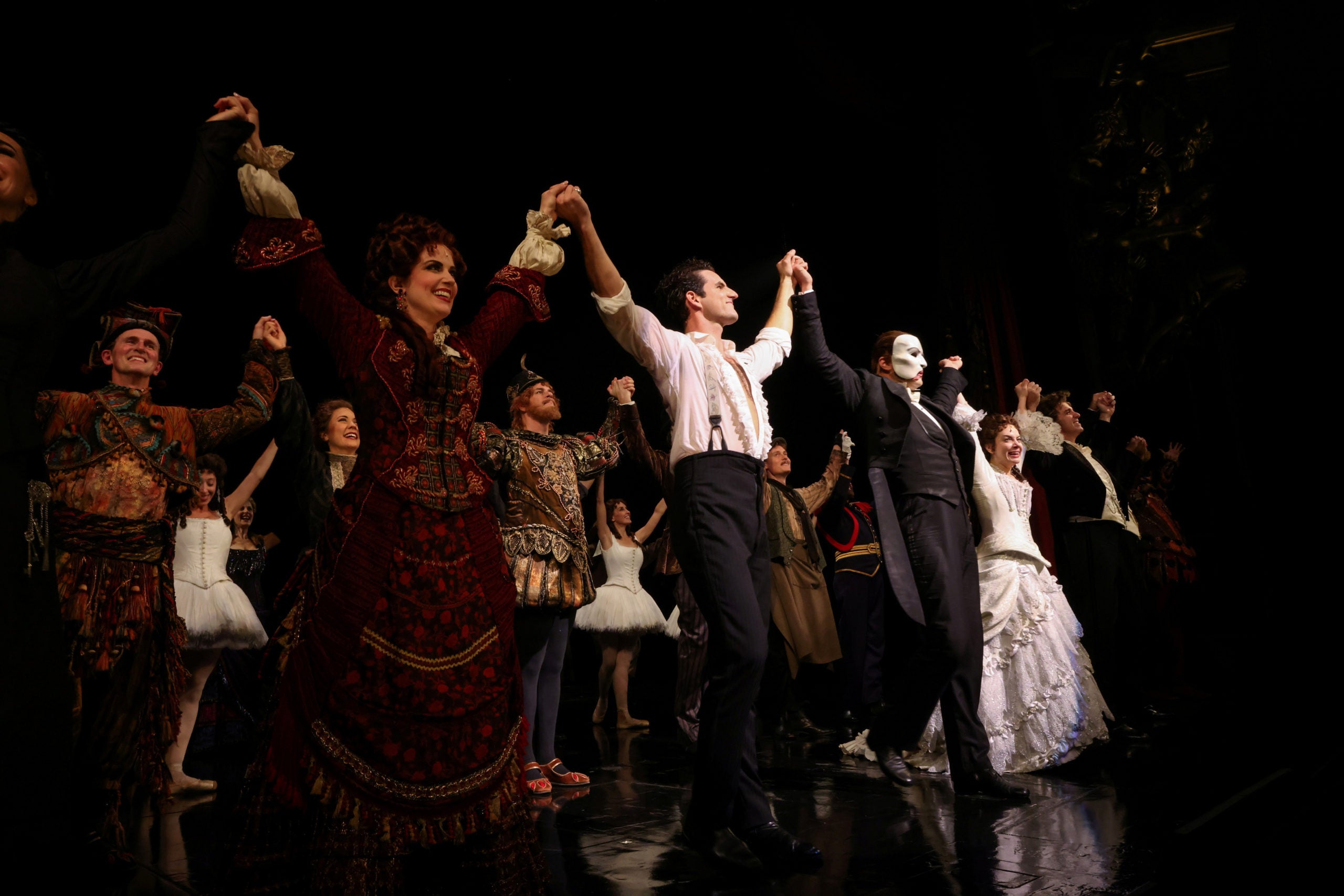 Cast members stand on the stage after performing on the re-opening night of “Phantom of the Opera” at the Majestic Theater in New York City, New York, U.S., October 22, 2021. Picture taken October 22, 2021. (REUTERS)

“The Phantom of the Opera,” the longest-running show on Broadway, is set to close on Feb. 18, 2023 due to a sharp drop in ticket sales even after New York theaters reopened following the pandemic lockdown.

“Phantom” is a staple within the Broadway world with over 70 major theater wins and 13,733 performances since its debut in 1988. Despite its legacy, the New York Post reported that the show was losing $1 million a month.

Fans mourned the news across social media, reflecting on what the show has meant to thespians and audiences alike. In January, the show cast Emilie Kouatchou as its first Black American actress to portray the lead role of Christine. The decision broke racial barriers and made Broadway history but her performances will be short-lived.

The musical will celebrate its 35th anniversary in January followed by a final Broadway performance on Feb. 18.

Andrew Lloyd Webber’s “The Phantom of the Opera” is based on the classic novel by Gaston Leroux and was originally directed by Harold Prince. Broadway legends including Michael Crawford, who was the first to play the Phantom, Sarah Brightman, Judy Kaye and others have taken leading roles in the show.

“Phantom” tells the 19th century story of aspiring opera singer Christine Daae who is taught by the mysterious Phantom to hone her vocal skills. However, things take a dark turn when the Phantom chooses Christine as his muse, and she falls in love with an arts benefactor named Raoul.

TAGS: " ''The Phantom of the Opera", Broadway