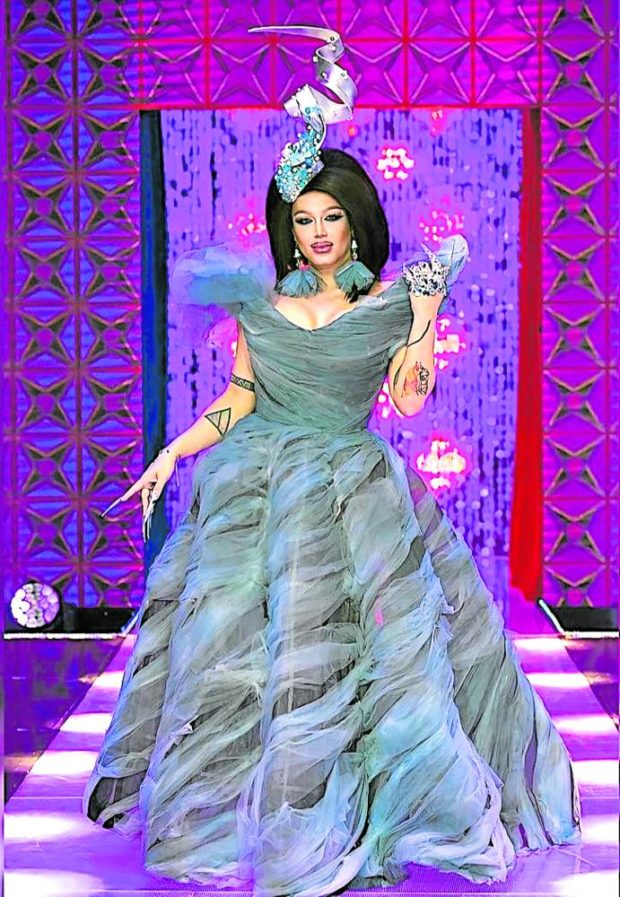 Drag is the new form of art. Since I have a gay son, IC, I am so into “Drag Race Philippines” (DRP). The reality competition TV series is a spinoff of the global phenomenon, “RuPaul’s Drag Race.” It airs on Wow Presents Plus, Discovery+ and HBO Go.

In the show, 12 queens slay and race to become the first Drag Superstar of the Philippines. DRP is hosted by the ever-fab Paolo Ballesteros. His transformations in the hit 2016 movie, “Die Beautiful,” are too awesome for words.

Even Gal Gadot (GG) reposted Pao’s pic of his “GG look.” It takes one “Wonder Woman” to know one. As IC told me, “Pao is the perfect choice as host of DRP. All of us gays agree that nobody can pull it off the way he does.”

Here’s my chat with Pao:

Definitely the looks. Because I have to do everything by myself—makeup, hair, pads, stockings, corset, packaging tape, nails, etc. We have stylists, but ako pa din ang magsusuot sa katawan ko. Also, judging the queens. Some of them I already know from watching their shows. I have to be brutally honest most of the time because I want them to strive for the best.

What do you admire most about RuPaul?

Her paving the way for drag to shine and be recognized worldwide. It’s not easy being a drag queen, and I think it deserves to be respected.

Do you feel pressured to outshine RuPaul as a host?

Not naman kabugin, because there is only one RuPaul, the mother of all mothers. I’m just trying to do my best. Just being the real me at the same time na mayroon pa din kagagahan at kalokohan. Ang galing nga, eh. DRP is very “Eat Bulaga,” then may English lang (laughs). On the first few episodes, medyo kinakabahan pa ako, pero habang tumatagal, I was hearing myself … parang kaboses ko na din si Mama Ru (laughs).

How do you comfort the queens who get eliminated?

All our critiques for the queens come from a place of love, and alam ng mga queens ‘yan. Kaya when I see them after, wala namang ill-feelings sa isa’t-isa. Well, at least for me (laughs).

How do you avoid playing favorites?

How do you handle it when the queens have “issues” with each other?

Actually we, the judges, have no idea what happens in the “workroom,” unless we are informed about it. Innate na sa ating mga Pinoy ang mag-Marites, so the issues are mentioned in passing during interviews. We don’t want that after DRP, there will be bad vibes, so we make it a point that the show will serve as a way to resolve the issues and bridge the gap.

How do you handle it when the queens take constructive criticisms the wrong way?

So far, wala pa naming ganyan sa mga queens. Mas vocal ang fans. Well, I understand, if you are rooting for someone and you see her efforts to shine, makikipaglaban ka talaga to justify that. But then again, we are tasked to judge whatever is being presented to us onstage. I’m not saying that our judging is perfect, but I can say that everything was right. Besides, we can’t please everyone, so why even try?

What would it take to be the winner of DRP?

You have to be world-class in everything you do—you should be a queen who sees the bigger picture.

Just like in DRP, if you have to lip sync for your life, what song will you choose? 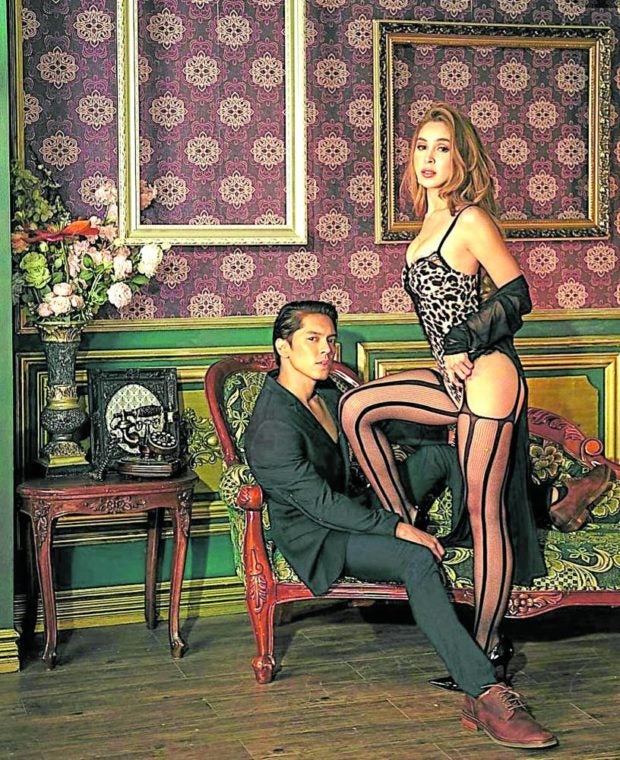 Risky project for Julia and Carlo

Love can be a prize, but sometimes, it also comes with a price. Just like in Viva Films’ romance movie, “Expensive Candy” (showing in cinemas on Sept. 14).

Directed by Jason Paul Laxamana, it stars Julia Barretto and Carlo Aquino. Julia dared to step out of her comfort zone for her role as an Angeles streetwalker named Candy. Carlo portrays Toto, a teacher who falls in love at first sight with Candy after a night of paying to be with her. He realizes that “ang mahal mahalin ni Candy.” But he’s willing to give his full emotional and financial investment in order to win her heart.

J: There’s more to my character Candy than the sexy clothes she wears. She’s all about woman empowerment and being comfy in her own skin.

C: My takeaway from our film is “Love has no barriers.” We will find a way to tear down the walls when we love someone.

JP: The core of our movie is romance. It’s about finding love in unexpected places. At first, Carlo was nervous because he thought it’s rated R since it’s about the life of a sex worker. I told him that the “red light district” setting is only incidental.

J: This is the most daring movie I’ve done so far. I never close doors to opportunities, so I can’t say if I won’t be even more daring in future projects.

C: Unlike my character Toto, I can show a girl my love without spending too much on her. No need for material things. Spending quality time with her is enough.

JP: Our film is a modern take on an ordinary guy falling for a sex worker. Most sex workers are victims of circumstances, but Candy is not. She has her own decision-making process.

J: I immersed myself by going on a night-out in the red light district of Angeles with Direk JP. I got tips from one of the streetwalkers. My peg for my sexy dances is Demi Moore in her movie where she played a striptease dancer.

C: I’ve been to sleazy joints out of curiosity. That’s part of pagbibinata. But never ako nag “take home.” 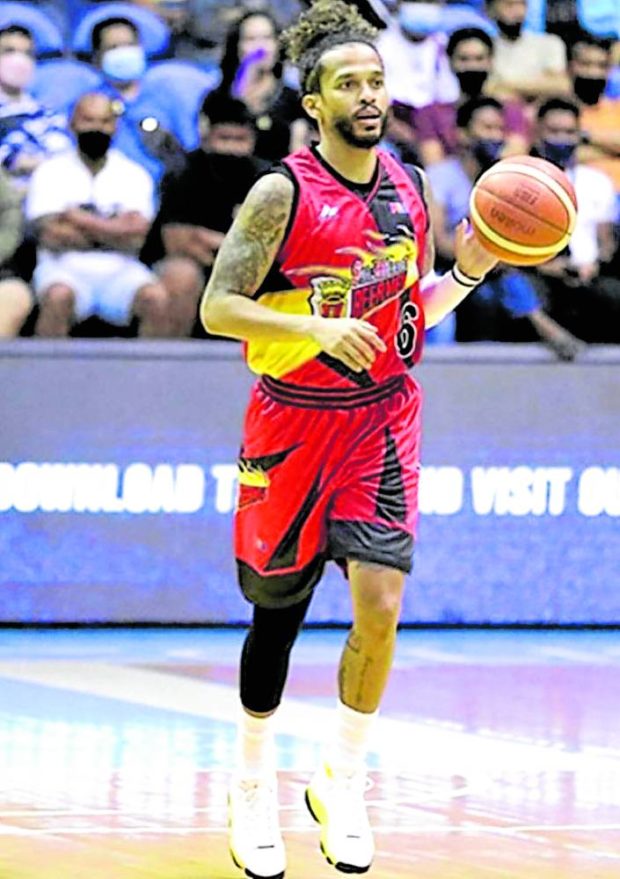 I had a ball with awesome ballers at the victory party of SMB (San Miguel Beer) in Heat Shangri-La. They clinched the PBA All-Filipino Cup championship.

My good friend, Chris Ross, was named Best Player of the do-or-die game vs Talk&Text. He got teary-eyed in the postgame interview as he dedicated their victory to his dad, who passed away last year. So touching, indeed.

To lighten the mood, I teased Chris if he will reconcile with his ex-girlfriend Michelle Madrigal (an actress) now that she’s separated from her husband. “She already has a boyfriend. But we’ve remained friends because she was a part of my journey,” he quipped. “When my dad died, she went to my mom’s home in Texas to condole with the family. I wish her well, and I want her to be happy with whoever she is with.”

The “Man of Steal” (Chris’ PBA moniker) is a toughie on the court, but such a softie off the court.