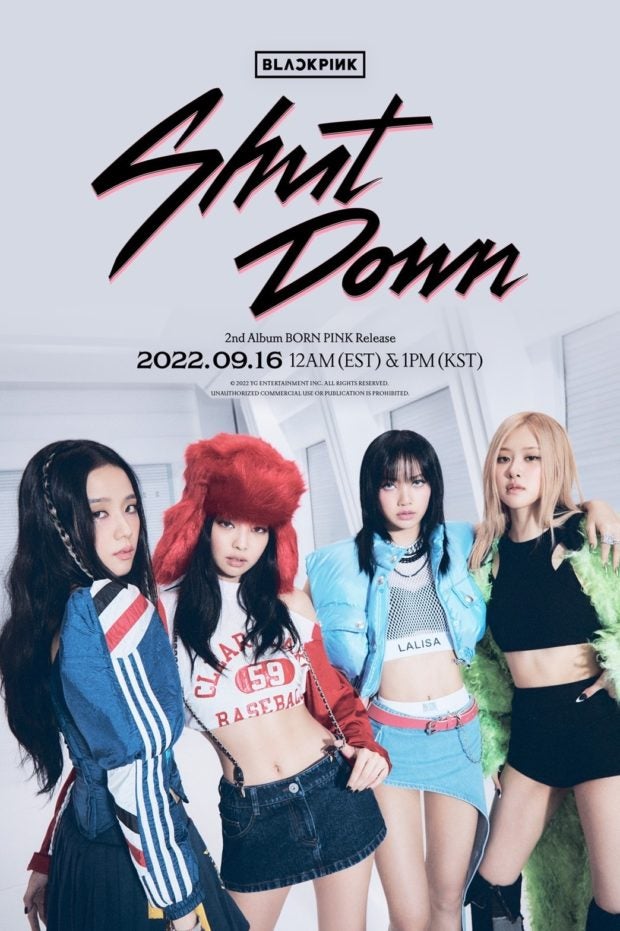 Global K-pop sensation Blackpink is ready to open a new era of K-pop with its second LP, “Born Pink,” which hits global music platforms on Sept. 16.

On Wednesday, YG Entertainment released a poster emblazoned “Shut Down,” the title of its upcoming lead track.

“There’s a special form of intuition in the track and it also gives a mysterious ambiance. As the term “shut down” is synonymous with the act of stopping an operation or activity, it makes us look forward to how Blackpink will unfold their stories, just like how they’ve captivated global listeners with their songs,” the company said via a press release.

The K-pop phenomenon is following up on “The Album,” released in 2020, which featured tracks like “Lovesick Girls” and “Ice Cream,” featuring Selena Gomez.

Between albums, Lisa and Rose branched out on their own with “Lalisa” and “R,” respectively. Ji-soo landed her first leading role in JTBC’s “Snowdrop” in 2021 and Jennie is set to make her acting debut in the upcoming HBO drama series “The Idol,” co-produced by The Weeknd, Sam Levinson and Reza Fahim.

On Aug. 19, the K-pop act made its way back to the music charts after a 22-month hiatus with “Pink Venom,” a prerelease single off the highly anticipated second full-length album.

Upon its release, the group’s frenzied hip-hop track topped the world’s largest streaming platform Spotify, landing atop the Daily Top Songs chart, becoming the first female K-pop act to achieve such a feat. The song also secured the highest spot on the platform’s Global Top 50 chart. 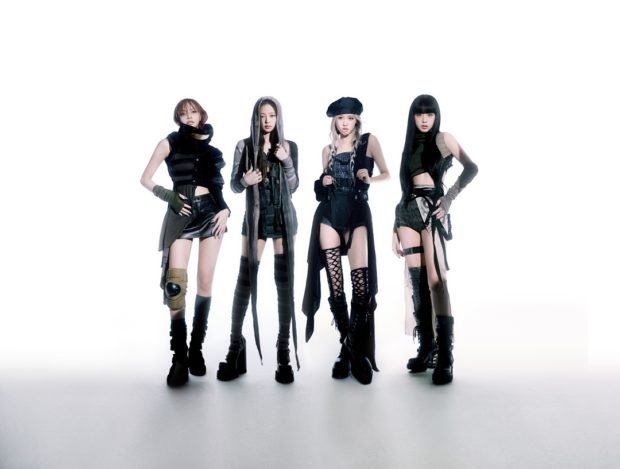 Last month, Blackpink became the first female K-pop act to perform at the MTV Video Music Awards with “Pink Venom” and the fourth among all girl groups, following TLC, Spice Girls and Fifth Harmony. The group also took home the award for best metaverse performance for its in-game concert in PlayerUnknown’s Battlegrounds.

After dropping the new LP, Blackpink will kick off its large-scale “Born Pink” world tour at Seoul’s KSPO Dome with two days of concerts on Oct. 15 and 16. The group will then head to the US for events in Chicago, Los Angeles and Atlanta. DC/RA