Twice lands at no. 3 on Billboard 200 with 11th EP | Inquirer Entertainment 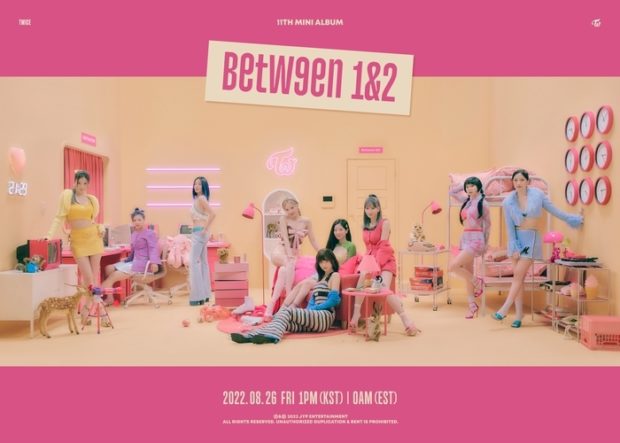 Twice hit the Billboard 200 charts at number three with its 11th EP “Between 1＆2,” said label JYP Entertainment on Monday.

This ties with the record of third studio album “Formula of Love: O+T=〈3” from November last year.

The nonet made its first entry into the said albums chart in June 2020 with ninth EP “More ＆ More” and has put a total of five albums on the chart so far, a record for a K-pop girl group. Nayeon’s first solo EP “Im Nayeon” from June ranked no. 7 on the chart as well.

The EP, released on Aug. 26, also is likely to become the group’s first million-selling album, having sold one million copies in pre-orders. This will make Twice the third K-pop girl group to have achieved the feat, following Blackpink and aespa. JB

The Weeknd cancels concert in California mid-performance, says he lost his voice