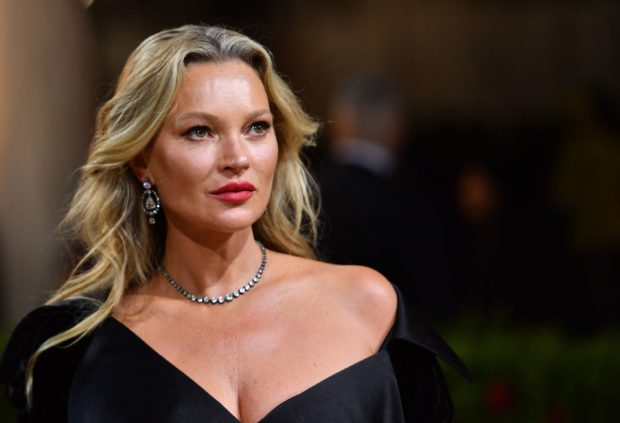 Model Kate Moss arrives for the 2022 Met Gala at the Metropolitan Museum of Art on May 2, 2022, in New York. Image: AFP/ Angela Weiss

Moss follows celebrities such as United States actress Gwyneth Paltrow who has forged a second career marketing wellness products on her Goop website.

But in an interview on BBC radio’s “Desert Island Discs” in July, Moss said that she now prefers trips to the garden center and meditation to clubbing, and is “not into being out of control anymore.”

So far the Cosmossbykatemoss.com website sells a small range of vegan-friendly products, including tins of herbal teabags for £20 ($23), facial oil containing CBD (£105; about $120) — an active ingredient in cannabis — and perfume with essential oils (£120; $138).

Moss recommends using the products in combination in “rituals” that “balance body and soul with the natural environment and the circadian cycles.”

Cosmoss is not Moss’s first venture into personal branding.

She designed a line of clothing for teen fashion chain Topshop — which closed its physical stores during the pandemic — and gave her name to lipsticks by Rimmel.

In 2016, she launched a talent agency, Kate Moss Agency, signing her own daughter, Lila Moss, as well as other offspring of stars such as Ella Richards (granddaughter of Keith) and artists such as Rita Ora.

In May, Moss testified at ex-boyfriend Depp’s defamation trial against his ex-wife Amber Heard. Moss said that reports that Depp once threw her down a flight of stairs were untrue. AP/JB