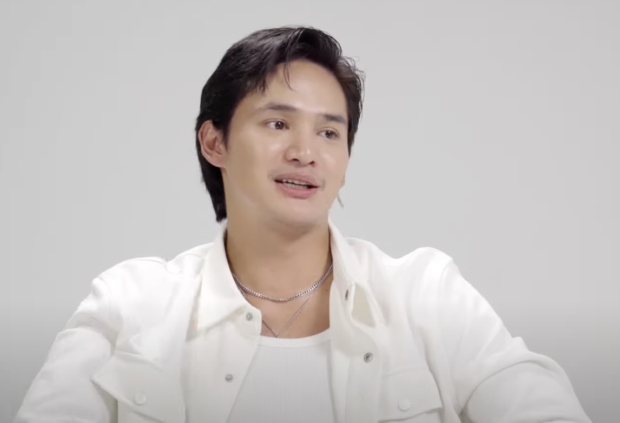 Ruru Madrid looked back on how his showbiz career started and revealed that he once cried after veteran actor Phillip Salvador slapped him during one of his auditions.

The actor recalled his audition for GMA’s reality talent competition “Protégé” where Salvador served as one of the mentors, in an exclusive interview with actress-TV host Toni Gonzaga, as seen on her YouTube channel today, Sept. 4.

(At first, I did not know that I would get in “Protégé” because when I auditioned for the show, Phillip Salvador was there. Of course I was starstruck, then he asked me to read and memorize a monologue. The monologue was about a father who was beating his child. Salvador interrupted for the first time and said that he was not feeling [my emotions].)

Salvador then stood up from his seat and approached Madrid to recite the lines with him. Madrid was only able to utter a few words when Salvador, who was in character, slapped him.

(As soon as I uttered the first line, he slapped me — a real slap. I cried but I continued and finished the scene, then he told me, “Good job.”)

Aside from the said audition, Madrid also admitted that there was a time when fame got into his head after he landed a role in the 2016 TV series “Encantadia.” The actor then credited his faith which caused him to have self-awareness and to not be consumed by the highs of his career.

(During “Encantandia,” it was as if everyone had their eyes on me, and when the show ended, I felt like [I] was nothing. So somehow, it was as if God made me feel that, “You had been excessive. You should humble yourself again.”)

Madrid currently stars in the action-fantasy TV series “Lolong” where he portrays the titular character. He is also part of the cast of the reality game show “Running Man Philippines” alongside Glaiza de Castro, Mikael Daez and Kokoy De Santos, among others. JB