Janella Salvador reveals she's a single mom: 'I can rely on myself' | Inquirer Entertainment

Janella Salvador reveals she’s a single mom: ‘I can rely on myself’ 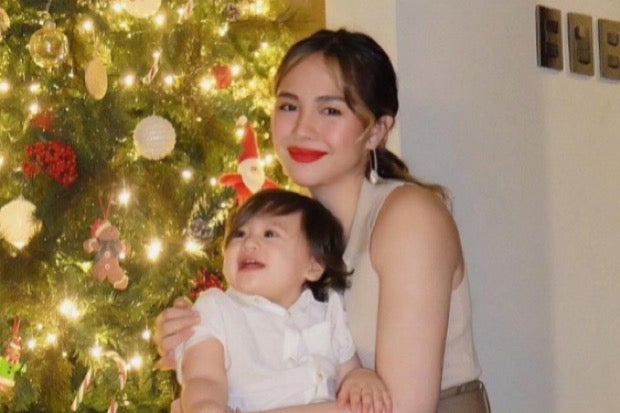 Janella Salvador appears to have confirmed that she and actor Markus Paterson have parted ways as she opened up about being a single mom to their son Jude.

The actress disclosed this during a conversation with broadcaster Bernadette Sembrano, as seen on the latter’s YouTube channel yesterday, Sept. 3. Salvador initially spoke about how she can relate to the personality of her character Regina Vanguardia, the alter ego of Valentina in “Mars Ravelo’s Darna.”

(I can relate to Regina because when she has something to fight for, as long as she knows she is right, she really fights for it. I also do the same as long as I do not step on someone’s toes, because I like learning. I like challenging myself.)

Salvador was then asked by Sembrano what was the most recent endeavor that the actress has been battling with in real life, which led to Salvador talking about her journey as mother to Jude.

“Being a single mom — talagang nilalaban ko ‘yon (I am really fighting for that),” Salvador responded.

“At the end of the day, alam kong kaya ko naman siya. As much as I love the people around me who are always there to help me, I always want to know na kaya kong gawin,” she added. “I can rely on myself na hindi ko kailangang humingi ng tulong sa iba.”

(At the end of the day, I know I can do it. As much as I love the people around me who are always there to help me, I always want to know that I can do it. I can rely on myself that I do not need to ask for help from others.)

Salvador also gave credit to her mom, singer-actress Jenine Desiderio, who Salvador considers as one of her inspirations in being independent.

(Maybe because I saw my mom [while I was] growing up and how it was [for her] — she was able to raise us on her own. So maybe I embodied [her trait] — I wanted to be independent as well.)

Speculations that Salvador and Paterson broke up arose after fans noticed that the two actors have not been posting photos of each other on their respective social media accounts. Salvador earlier addressed the rumors and stated that she and Paterson are happy “individually,” although she neither confirmed nor denied the breakup speculations at the time.

Salvador and Paterson confirmed their relationship in September 2020. A few months after, they revealed that they are already parents as they introduced their son to the public. JB