Hayden Kho to Vicki Belo on their 5th anniversary: ‘I love doing life with you’ | Inquirer Entertainment

Hayden Kho to Vicki Belo on their 5th anniversary: ‘I love doing life with you’ 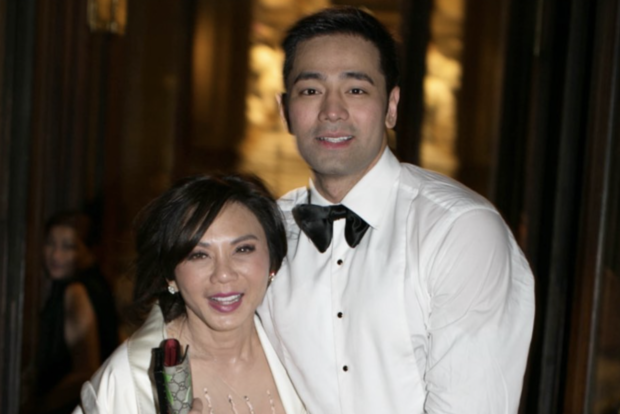 Hayden Kho and Vicki Belo exchanged words of appreciation for each other as they celebrated their fifth wedding anniversary.

Kho marked the milestone by narrating a conversation he had with Belo, in which he asked her to go on an anniversary date, as seen on his Instagram page yesterday, Sept. 2.

In the said conversation, Belo expressed excitement over an anniversary date with her husband, but admitted she felt too lazy to go out.

Kho did not appear to be amused by her response, as his post was accompanied by an expressionless emoji. Despite this, he expressed love for Belo while greeting her a happy anniversary.

“Happy anniversary, @victoria_belo. I love doing life with you!” he told her.

For her part, Belo greeted Kho while showing themselves donning a gown and suit, via her Instagram page, also yesterday.

“Happy [fifth] wedding anniversary, my beloved husband. Then, I whispered a prayer that our marriage would be a most loving, joyful and meaningful one. Today is proof that God works for the good of those who love Him,” she said, quoting the Bible.

The doctors to the stars received anniversary greetings from celebrities including John Arcilla, Iza Calzado and Pops Fernandez, among others.

Belo and Kho tied the knot in Parisian wedding back in 2017. They welcomed their only child, Scarlet Snow, in 2015. Despite their age gap of over 20 years, the couple proved that age is just a number when it comes to love.  /ra

Your subscription could not be saved. Please try again.
Your subscription has been successful.
Read Next
GOT7’s Jay B to drop 2nd solo EP ‘Be Yourself’
EDITORS' PICK
Fuel price rollback expected on Feb 7
vivo Philippines offers a free bouquet of flowers and a premium necklace perfect for Valentine’s Day
Makabayan bloc blasts bid to expand US access to more military bases in PH
Omega Speedmaster super racing: Tiny device massive change
House energy committee chair Arroyo bats for cheap electricity
Philippine-United States alliance ‘rock solid’ — DFA
MOST READ
Vice Ganda gets called out for ‘unfair treatment’ of ‘It’s Showtime’ co-host Karylle
Fuel price rollback expected on Feb 7
Kris Aquino gets ‘renewed confidence’ after consultation with new doctor: ‘I have a strong chance of getting better’
Search still on for cadet who fell overboard — PCG
Don't miss out on the latest news and information.