Showrunner JD Payne on ‘LOTR: The Rings of Power’s’ reason for being | Inquirer Entertainment

Showrunner JD Payne on ‘LOTR: The Rings of Power’s’ reason for being 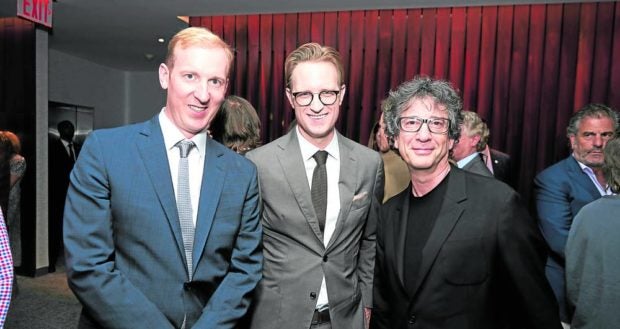 The series is set during the Second Age, some 4,000 years before the events in the blockbuster movie series, “The Lord of the Rings” and “The Hobbit,” which were set during the postapocalyptic Third Age.

With an overall budget of $1 billion over five seasons, the network has reportedly spent $465 million to produce the first installment alone. But as they say, the proof of the pudding is in the eating.

“Rings of Power,” dubbed “the most expensive show ever made,” begins at a time of peace for Middle-earth. If Tolkien’s Third Age is inhabited by humans, Elves, Dwarves, Ents and Hobbits, the Second Age boasts the Hobbits’ nomadic precursors called Harfoots. Other notable creatures in this mesmerizing world include wizards, Orcs, Fellbeasts, trolls, ogres, giants and dragons. 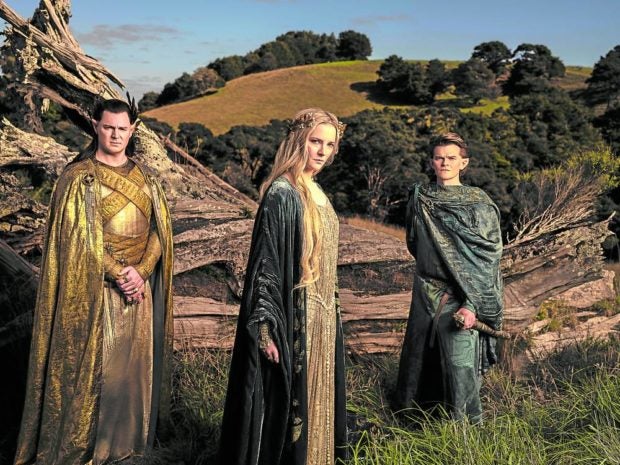 But the tranquility at the start of the story soon becomes threatened. “Just imagine your home, your family, your job, your cosplay costume, the things that matter most to you,” Payne told fans at this year’s San Diego Comic-Con. “Then imagine all that is about to be taken away. How far would you go into the darkness to protect them? That’s the story we’re telling.”

What is the series’ reason for being? The epic drama will bring viewers back to an era in which great powers were forged, kingdoms rose to glory and fell to ruin, unlikely heroes were tested, and the greatest villain that ever flowed from Tolkien’s legendary pen threatened to cover the whole world in darkness.

From the darkest depths of the Misty Mountains, to the majestic forests of the Elf capital of Lindon, to the breathtaking island kingdom of Númenor, to the farthest reaches of the map, these kingdoms and characters will carve out legacies that will live on long after they’re gone. 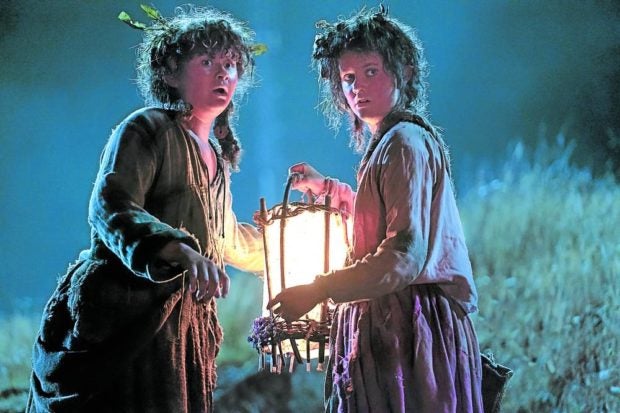 In an exclusive one-on-one interview last Friday, we asked showrunner JD Payne how he approached the gargantuan task of bringing the Second Age of Middle-earth to life.

“The Second Age of Middle-earth is enormous as is Tolkien’s imagination,” JD said. “So really, all of it is daunting, because we have a half-dozen worlds that need to be completely conceptualized, visualized and then created, basically from scratch! And yeah, we certainly had our work cut out for us, because so much of that required invention.

“That gargantuan task required bringing together a team of some of the best artists on Earth to visualize Middle-earth—and they did an absolutely extraordinary job. We went down all kinds of different avenues and explored different things to be able to tell this untold Tolkien epic the best way we could.” 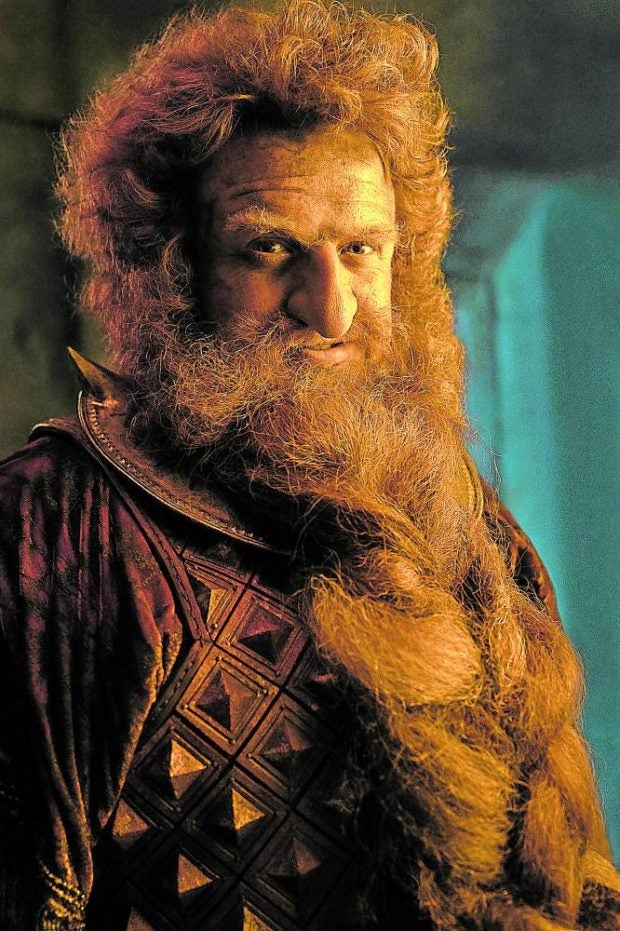 Asked if viewers not familiar with the “LOTR” and “Hobbit” films would be able to appreciate the stories and characters in the new series, the Yale-educated JD, who shares showrunning duties with Patrick McKay, said, “People don’t need to do anything to come and enjoy ‘The Rings of Power.’

“If you haven’t seen the movies or read the books before watching it, you’ll still be able to enjoy our stories, which include the forging of the Rings of Power, the rise of the Dark Lord Sauron, the fall of the kingdom of Númenor, and the last alliances between Elves and men. To maximize that experience, we brought together the best minds and best artists to help tell this amazing Tolkien story.”

It’s easy to appreciate the allure and grand scope of the original films on the big screen. What is it about the 50-episode, five-season rollout for “The Lord of the Rings: The Rings of Power” that makes it better-suited for a TV or streaming series?

That’s a great question. We’re in this time of the emergence of a new format of storytelling that brings together some of the techniques of big blockbuster cinematic storytelling and those of long-form storytelling.

Tolkien’s imagination is so expansive, and it goes so deep. I mean, he created 9,000 years of history, so having a 50-hour canvas that we know we’re going to be painting on and creating from the beginning really allows us the opportunity to be very methodical and intentional in our storytelling choices.

We can set things up in Season 1 that aren’t going to pay off until Season 5. It gives viewers time to fall in love with characters and experience them in all their various ups and downs, so that when you get to those huge moments of scope and battle, it’s not just the character you’ve been hanging out with for an hour, you’ve been with them for 20 or 30 hours. Hopefully, that will make the emotional investment all the richer.

“The Lord of the Rings: The Rings of Power” —PHOTOS COURTESY OF PRIME VIDEO

Every time a new installment of “The Lord of the Rings” movies would come out many years ago, it would be greeted with excitement because they were not just the usual blockbuster stuff, they were Oscar-baiting feature films. How different are the themes in “LOTR” and “The Hobbit” from this longer-form narrative?

The stories and the actual events involving its characters are very different because what we’re dealing with here is a whole new age. Having said that, the themes are very similar. It’s those classic Tolkien themes of good versus evil, of underdog stories involving small people being tasked with very difficult missions to carry out.

These are stories of friendship and about people overcoming evil. It’s the story of the temptation of power and its corrupting nature and what happens when people of various different species in Middle-earth get power.

So, it’s all those things that make Tolkien and his tales timeless that we hope a whole new generation will discover and enjoy. Through this series, viewers can experience Tolkien’s story in all its complex glory.

The whole series is shrouded in mystery. What can you tell us about the Elven-smith Celebrimbor (Charles Edwards), who is said to have been manipulated into forging the Rings of Power by the Dark Lord Sauron in disguise. How does he figure into this alluring tale?

Celebrimbor is a wonderful Tolkien character who you get to meet at the end of the first episode. And he’s wonderful—he is an artist who is respected in his own right, but at the start of our show hasn’t quite created his magnum opus. He later gets involved in jewels that are responsible for the cataclysmic war that changed their way of life during Middle-earth’s First Age.

There’s a lot of pressure on Celebrimbor to be able to make his own name and live up to that legacy. But he hasn’t quite found his thing yet. He has grand ambitions and designs to want to bring the grace and beauty of Valinor, which is the Elf heaven of Middle-earth.

He has this belief that beauty itself can change the world. And so, that belief is going to be put to the test as his own master work. In “The Rings of Power,” this is initially hinted at and is slowly played out over the course of our story.

“The Lord of the Rings: The Rings of Power” will premiere exclusively on Prime Video in more than 240 countries on Friday (Sept. 2), with new episodes available weekly.

New ‘Lord of the Rings’ series finally has a title, and a teaser

TAGS: JD Payne, Prime Video, The Lord of the Rings