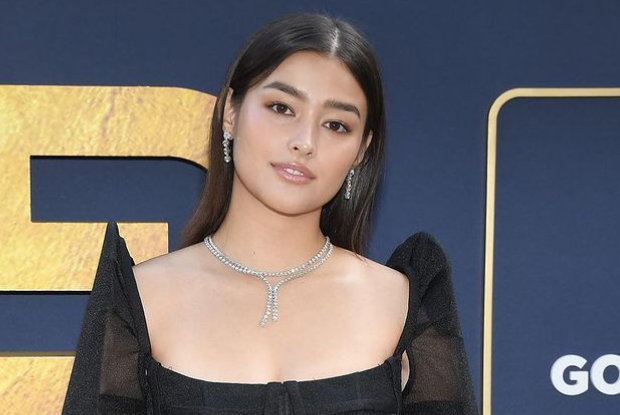 Liza Soberano looked back at her audition for the Zelda Williams-directed “Lisa Frankenstein,” her first ever movie project in Hollywood.

The actress gave fans some details on the audition process in her exclusive interview with Mega yesterday, Aug. 26. She noted that Williams herself encouraged her to audition for a role in the movie.

“When she found out that the project was a go, she said to me, ‘I already have the top-billing actors casted on this project. We’re looking to cast other characters. Maybe you can audition for one of the roles in the movie!'” Soberano narrated in the interview. “And I said, ‘Yeah, sure! Let me have a look at the script. I’ll read it and if it’s something that interests me, then I’ll audition for it.'”

The script was sent to Soberano while she was on a trip in South Korea and it was then that she learned that the film is written by Oscar-winning Diablo Cody, whom she admires. Given this, she knew she wanted to try for a role in the project—but her self-taped audition also involved a difficult process since she has never done it before.

FEATURED STORIES
ENTERTAINMENT
Pokwang reveals she kicked Lee O’Brian out of her house: ‘Hindi ako iniwan’
ENTERTAINMENT
Jinkee dismisses rumors she filed for annulment of marriage with Manny Pacquiao
ENTERTAINMENT
Paolo Contis admits not giving financial support to his children: ‘I have my reasons’

“The first was actually a fail. My camera wasn’t focused the whole time, then I didn’t give myself enough headroom. I had to reshoot the whole thing,” she was quoted as saying.

Upon finding out she was cast in the movie, Soberano opted to downplay her excitement because she did not want to “hype [herself] up too much” until she was officially working on the project.

Meanwhile, Soberano’s co-star, American actress Kathryn Newton, gave fans a behind-the-scenes sneak peek into “Lisa Frankenstein” via Instagram last Monday, Aug. 22. Both Newton and Soberano can be seen wearing bath robes in what appears to be a dressing room.

“Lisa not Liza aka Kathryn and it’s Liza not Lisa aka Taffy,” Newton said, referring to their characters in the movie.

Soberano was confirmed to star in “Lisa Frankenstein” last Aug. 12, after days of speculations that she is part of the movie’s cast. Aside from Newton, she will also be appearing alongside Cole Sprouse (“Riverdale”), Carla Gugino (“The Haunting of Hill House”), Joe Chrest (“Stranger Things”) and Henry Eikenberry (“The Crowded Room”).

“Lisa Frankenstein,” which is set in the year 1989, follows the story of an unpopular high school student (Newton) who accidentally brings a handsome Victorian corpse (Sprouse) back to life. The film is Williams’ debut in making feature films.

Production for the movie started earlier this month at New Orleans, Louisiana, in the United States. A target release date for the film is yet to be announced as of this writing.  /ra

Is Liza Soberano starring in Hollywood movie with Cole Sprouse?