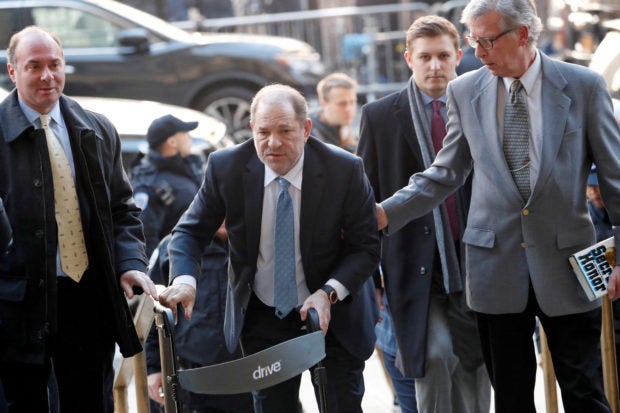 Chief Judge Janet DiFiore “granted leave to appeal” on Aug. 19, the court wrote in a letter dated Monday that was sent to Weinstein’s lawyers, and reviewed by Reuters on Wednesday.

The letter did not detail what grounds may have led to the decision and it has no bearing on further rape charges against him in California.

Upon weighing arguments from Weinstein’s lawyers and prosecutors, the court can uphold the conviction or order a new trial.

Last June, a lower appeals court upheld the conviction, rejecting arguments that the Manhattan trial judge made several errors that tainted the trial.

The bar for ordering a new trial is high, but Weinstein was “relieved at this decision,” said one of his lawyers, Arthur Aidala, after speaking with his client in prison.

“He’s hopeful that the court is going to find that he did not receive a fair trial and reverse his conviction. And, as he has consistently, he maintained his innocence,” Aidala said.

Weinstein, 70, a Hollywood power broker who produced “Pulp Fiction,” “Shakespeare in Love” and “Gangs of New York,” became one of the most prominent targets of the #MeToo and #TimesUp movements that alleged sexual abuse at the highest levels of corporate America, entertainment and the media.

In February 2020, a Manhattan jury found Weinstein guilty of raping a former aspiring actress and sexual assaulting a production assistant. A judge sentenced him to 23 years in prison.

Weinstein is jailed in California, where he was extradited last year and awaits trial on 11 charges of misconduct toward five women between 2004 and 2013. Weinstein has pleaded not guilty to rape and sexual assault charges in Los Angeles.