The 12 queens of “Drag Race Philippines”

When the previews became available on YouTube, I watched them intently, wondering how a locally produced version—with the blessing of the one and only RuPaul, of course—would stack up against other international versions of the show, which includes the original from the US, as well as Canada, the United Kingdom, Thailand, Chile, Holland, Spain, Australia, New Zealand and Italy.

I didn’t need to be concerned as it does more than just stack up: it excels. Much credit needs to be given to the drag scene in the Philippines from where these 12 queens originated. Names of venues like O Bar and Nectar are frequently mentioned, and even the drag queens of yesteryear were paid tribute during the very runway (I won’t say by whom, but it was quite touching).

The season’s queens are Brigiding, Corazon, Eva Le Queen, Gigi Era, Marina Summers, Minty Fresh, Lady Morgana, Precious Paula Nicole, Prince, Turing, Viñas Deluxe and Xilhouete. Many of them are regulars at drag bars … a few are part of established groups. Some did drag online during the pandemic.

They came from different parts of the Philippines, with one queen even coming from Australia. They are entrepreneurs, creative directors and social media strategists—and they are all fabulous!

Paolo Ballesteros, known for his amazing drag makeovers, is “Drag Race PH’s” host. Paolo is such a handsome human, but once in full drag, Mama Pao is a literal goddess, an actual glamazon. 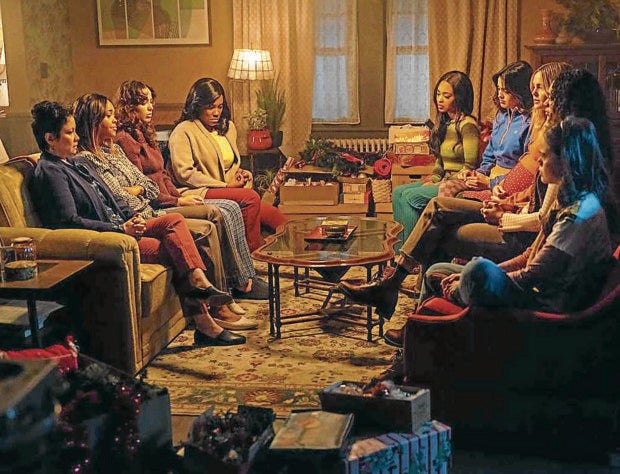 Behind the scenes, Ice Seguerra directs, and the show is executive produced by Yanah Laurel and Alex Godinez-Lopez, alongside Randy Barbato, Fenton Bailey, Tom Campbell and RuPaul.

One very refreshing aspect of Drag Race is the humanity of the queens on full display. They aren’t merely entertainers, but fully realized human beings who went through hell and all its side streets to arrive at this point. I’ve only watched the first two episodes, but the revelations strike at the heart with their sincerity and bracing honesty.

The show’s most famous tagline has been altered for our sensibilities. Instead of RuPaul’s “Don’t f*** it up” line before each lip sync, Paolo delivers this line: “Dapat pakak!”

It’s also fantastic that the judges don’t pull any punches with their critiques of the queens on the runway. If someone is great, they’re generous with their praise. If something wasn’t quite right, there’s no holding back on what went wrong and what could be better, and everyone on the panel is coming from a place of wanting to push the queens to be their absolute best.

“Pretty Little Liars: Original Sin” has dropped its final three episodes, bringing our grand total to 10. Even through jet lag and travel tiredness, I sat down on my couch and watched. And my goodness, talk about crazy! Suspenseful scary, and sensational! Yes, I know I’m biased, but what a rush!

All the episodes went by in a blur, and it’s been such a thrill getting to see everyone’s hard work on that screen, from every single actor to all our directors, producers and the members of our crew. It was a challenge filming with COVID hovering over us, as well as a brutal winter, but it was an effort worth making.

The main thing I feel at this moment is grateful. Grateful for the opportunity to work, for the chance to keep learning, and to be in the company of some amazingly talented people both on and off screen.

So, how did your theories pan out? Did you correctly guess who A is? Were you totally on track or completely blindsided? To everyone on “PLL: OS,” congratulations on a job screamingly well done!