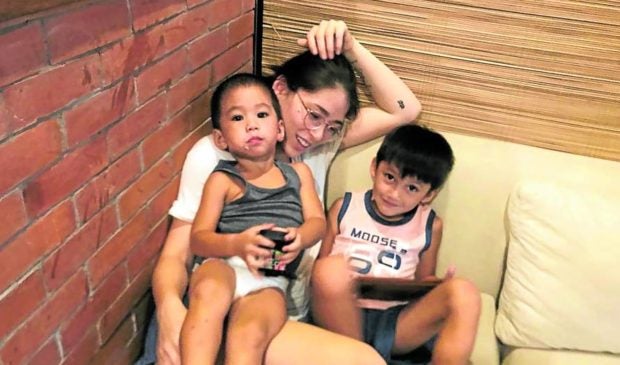 After a three-year break from television work, Kylie Padilla made her prime-time comeback last May with the sports-themed drama series, “Bolera.” But while she was excited to return to the grind, she admitted that she couldn’t help but feel “mom guilt” at first.

“I didn’t think I could do it. I felt guilty … There was mom guilt. ‘Why are you choosing work over taking care of your kids? Those were the thoughts that came to mind,” she said at a recent online press conference for the said GMA 7 teleserye, which will end its run on Friday.

Last year, Kylie and her husband, Aljur Abrenica, decided to call it quits. Suddenly, she was a single mother. That’s when she realized that she will have to make some sacrifices for the sake of their sons, Alas, 5, and Axl, 2.

“I realized that I could do it … As a single working mom, I now get to see the rewards: I’m able to give my kids a better life. You will really have to make sacrifices. But I know better now. I’m dreaming of building a new home for them. I see the bigger picture,” she said, adding that being a working mom is actually a blessing.”

“Not all moms have the opportunity to do that,” the 29-year-old Kapuso star added.

Aside from her children, another thing Kylie worried about was her viability as a prime-time actress. “I have been away for a while, so there was a bit of uncertainty. ‘Will people still watch the shows I do?’ I asked myself,” she related.

But thankfully, Kylie said, she was given a role that she hasn’t done before and her fans haven’t seen before. In “Bolera,” she plays a billiards prodigy named Joni, who’s blessed with remarkable visual and spatial intelligence. She learned the sport at a young age from her father, who, unknown to her, was a champion who fell from grace after being accused of cheating.

Fueled by grief and anger, Joni hustled her way to the top of the male-dominated field. “I knew that the story was good. But I was a bit nervous, because I hadn’t done tapings for a while and I was working with new people. But once there, I felt the show would be a good one, because just reading the script got me carried away,” she said.

“I was already happy and excited and grateful when I first got this project. The good ratings are just a reward. Words can’t express how happy I am,” she said. “I’m grateful to the network and the production team (led by director Dominic Zapata), because they took care of me and made sure that my comeback project would be good.” 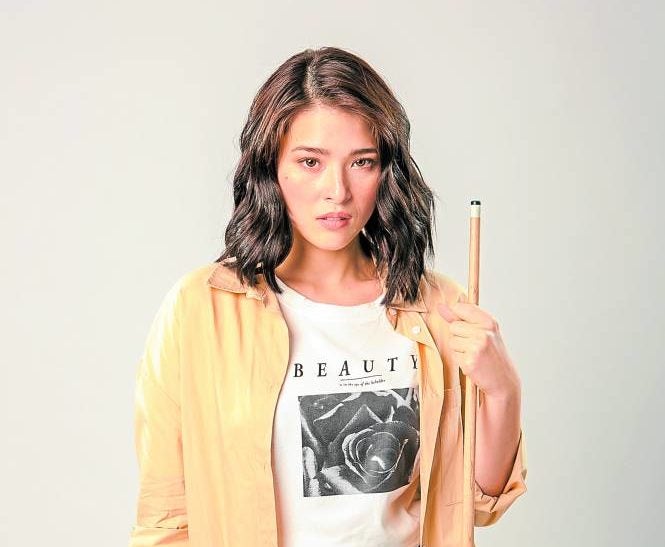 One of the highlights of the show, Kylie said, was working with local billiards legends Efren “Bata” Reyes and Francisco “Django” Bustamante. “I really prepared myself for that taping day, because I knew I would be starstruck. I made sure I put myself in Joni’s shoes, because I wouldn’t be able to act if I went there as Kylie,” she said. “I was like a sponge while with them. I listened to all their tips and advice. I took them all in. They were fun to be with. It’s hard to think they’re champions because they were friendly and humble. Walang ere.”

Kylie couldn’t have asked for better coactors. The bond she formed with Jaclyn Jose, who plays her mother, was priceless. “I tend to put up a wall to protect myself because I’m an introvert. But Tita Jane (Jaclyn’s nickname) connected with me immediately. As a mother, I learned a lot from her,” she said, turning emotional.

“I learned a lot about the craft, too. Hearing her praise my acting is heartening because she’s amazing. We connected as humans,” she added. “She’s a real person—not just an actress—on the set. I appreciated that. As an actress, I also look for human connection off-screen, because that’s what makes the magic happen on-screen.”

Kylie is also thankful to her leading men, Jak Roberto and Rayver Cruz. “I was comfortable with everyone. Walang halong show biz behind the scenes. We became a family during our locked-in taping and I’m grateful I was with them,” she said.