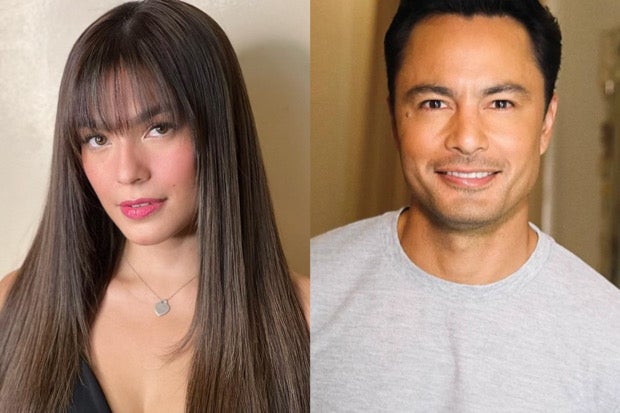 Andrea Torres admitted that she and ex-boyfriend, actor Derek Ramsay, had a bad breakup, but she is firm on not making public the cause of their split to prevent him from getting bashed.

The actress recounted her breakup with Ramsay after she was asked by TV host Toni Gonzaga what she learned from her heartbreak, as seen in a vlog on the latter’s YouTube channel yesterday, Aug. 21.

(That was when I became closest to the Lord. I was really praying because there were people who got angry when I was not giving details [about the breakup]. But it would not make me happy if [Ramsay] gets bashed [for it].)

(For me, it would do no good if I give details on why we broke up because obviously, we did not have a good breakup. So for me, I am already OK that I got to talk with the people involved.)

Torres spoke about how she went through depression at the time, as well as how she overcame it and learned to love herself more. Torres then disclosed that she already has thoughts about having her own family considering her age.

([I am] at that age where I am having thoughts like, “Do I still have time to have many kids?” [I have] thoughts like that, so hopefully [I can still be able to have] at least two kids. I hope I can still do that.)

Gonzaga then asked asked the actress, “So nando’n ka na rin sa point ng buhay mo ngayon na (So you are at this point in your life where) you are ready to settle down?”, to which Torres answered, “Oo (Yes), with the right person.”

Torres confirmed her split with Ramsay in November 2020 after dating for over a year. Although both of them opted not to disclose the reason for their breakup, Ramsay stated that the split was “sudden” but they have “no hate towards one another.” Meanwhile, Ramsay got married to actress Ellen Adarna in November last year. JB