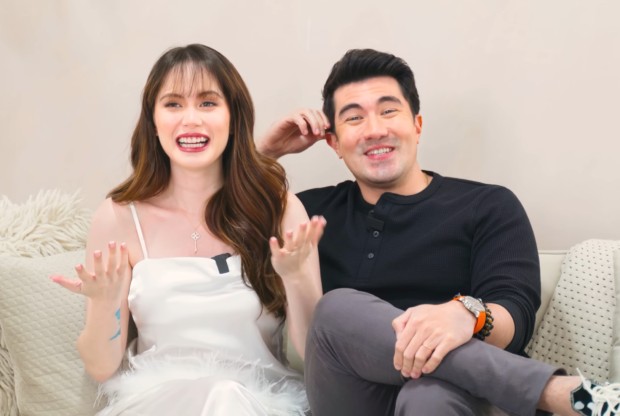 Jessy Mendiola and Luis Manzano recalled the time they found out that they are about to have their first child as they talked about their experience so far as expectant parents.

The couple revealed that by the time they found out about Mendiola’s pregnancy, they no longer felt pressured to have a baby after months of trying to conceive, as seen on the actress’ YouTube vlog yesterday, Aug. 18.

Mendiola and Manzano believe that this mindset lifted a “heavy weight” off their shoulders since they no longer had stress or expectations.

The couple discovered they are going to be parents by the end of May or early June, and Manzano’s mother, veteran actress Vilma Santos, was the first one they told, followed by other members of their respective families.

For Manzano, starting his journey into parenthood changed his mindset when it comes to work and pushed him to take on more projects, if possible.

For her part, Mendiola said that she had to let go of high-intensity workouts and certain food options such as sushi and sashimi.

While the couple is excited to welcome their bundle of joy, they know that some things may not always go according to their plans. When asked how he would rate himself as a soon-to-be parent on a scale of 1 to 10, Manzano gave himself a score of 5.

(You’ll never really be ready… For me, first trimester was surreal. I could not believe it. I struggled a little bit with the transition, but at the same time I learned a lot and discovered many things.)

The couple then urged fellow soon-to-be parents to lean on their partners and “learn” with them, as they are “all in the same boat.”

Mendiola and Manzano have been married for a year now. They wed in an intimate garden ceremony in February 2021. The couple revealed that they are expecting their first baby through Mendiola’s vlog last Aug. 11.  /ra