US rapper A$AP Rocky pleads not guilty to gun charges 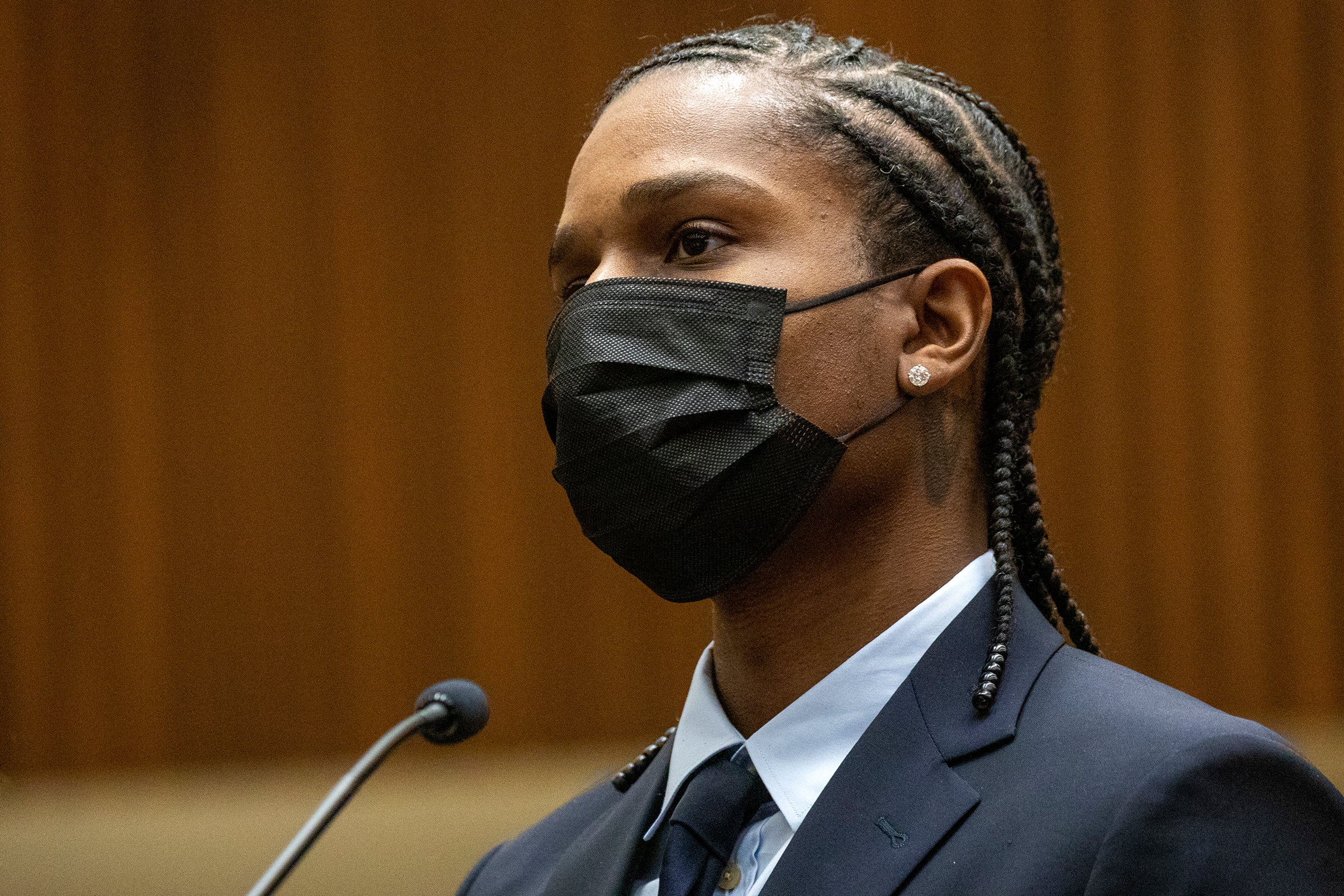 Rapper A$AP Rocky appears in a Los Angeles courtroom on August 17, 2022, for his arraignment. A$AP Rocky, born Rakim Mayers, pleaded not guilty at his arraignment on two counts of assault with a firearm stemming from an alleged run-in with A$AP Relli in Hollywood last November. A$AP Rocky is due back in court on November 2, 2022. (AFP)

LOS ANGELES – US rapper A$AP Rocky pleaded not guilty on Wednesday to two charges of assault with a firearm over a confrontation with a former friend in Hollywood last year.

The 33-year-old, whose real name is Rakim Mayers, is alleged to have pointed the semiautomatic weapon at a one-time friend during an argument in November.

He is said to have subsequently drawn the weapon and fired it twice, leaving the man with what police described as “a minor injury.”

Mayers denied the charges. He was released on $550,000 bail, and ordered to appear in court again on November 2.

The “Praise the Lord (Da Shine)” artist was arrested over the incident at Los Angeles International Airport in April when he arrived on a private plane from Barbados.

US media outlets reported that he had been on the island with his then-pregnant girlfriend Rihanna, who is from the Caribbean nation.

The entertainment and fashion mogul behind the hits “Diamonds” and “Umbrella” gave birth to a boy on May 13 in Los Angeles.

In an interview with GQ magazine published in May 2021, Mayers called Rihanna the “love of my life” and “the One.”

New York-born Mayers was previously arrested in Stockholm in 2019 over a street brawl.

He was held in Swedish custody for more than a month, in an incident which drew global attention, and was handed a suspended sentence.